Prisoners in 17 US States to Strike Over Forced Labor - FreedomUnited.org
This website uses cookies to improve your experience. We'll assume you're ok with this, but you can opt-out if you wish.Accept Read More
Skip to content
Back to Global News 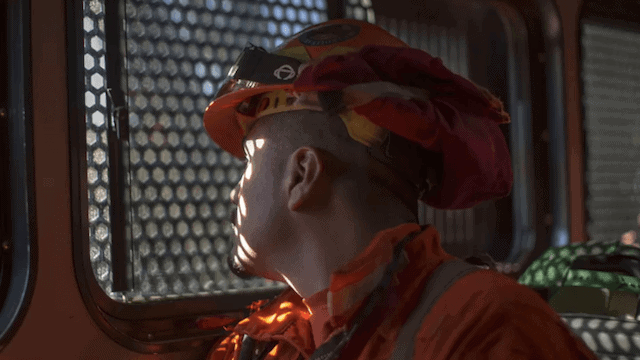 Prisoners in 17 US States to Strike Over Forced Labor

Inmates across 17 states are planning a national strike from August 21 to September 9 to protest conditions of forced labor and draw attention to the industries benefiting from their cheap labor.

Prisoners are often made to work for just cents an hour due to an exemption in the 13th Amendment that permits involuntary servitude as punishment for a crime. Inmates have even been sent to fight the wildfires in California, earning a mere $1 an hour plus $2 per day.

Even those in immigration detention centers who have not been charged with any crime have been coerced into working by private prisons.

As Amani Sawari, a spokesperson for the protests, explained, “Every single field and industry is affected on some level by prisons, from our license plates to the fast food that we eat to the stores that we shop at. So we really need to recognize how we are supporting the prison industrial complex through the dollars that we spend.”

Hundreds of thousands of inmates across the US have jobs — not just firefighting, but also more typical jobs like kitchen work, cleaning, and GED tutoring.

Sometimes the jobs will take inmates outside of prison, although more frequently they merely mimic real-world jobs or involve menial chores that need to be done around the prison. The average pay in state prisons is 20 cents an hour, according to the Marshall Project.

During the 2016 prison strikes, protesters characterized the practice as modern slavery. And with black people disproportionately likely to be incarcerated, there are racial disparities in this often forced, low-paid labor.

[This year] The inmates will take part in work strikes, hunger strikes, and sit-ins. They are also calling for boycotts against agencies and companies that benefit from prisons and prison labor.

The inmates taking part in the strike have outlined 10 national demands.

These include “immediate improvements to the conditions of prisons” and “an immediate end to prison slavery,” as well as an overhaul of federal laws that boosted mass incarceration and have made it harder for inmates to sue over rights violations.

They also call for an end to racial disparities in the criminal justice system and an increase in prison rehabilitation programs.

When Vox asked why prisoners deserve to be paid more than pennies, Sawari stressed that inmates are still often the primary breadwinners for their families and expected to meet some financial obligations even before their release.

“Prisoners have to provide for their health care, their dental care. They have to buy clothes like jackets and boots, hygiene products, cosmetics, books, study materials, paper, tape, scissors…they do have to support themselves financially in a lot of ways,” she said.

I want to know which companies benefit. Give me a list of those to boycot.

This is modern slavery, and with a definite racial bias and intent! No way should this be happening. We must all stand up to stop these practices and also STOP privatization of all prisons!

Slavery was never truly abolished, it was only converted into State Owned slaves where as before you belonged to humans. What is worse is the dehumanizing of Felons, no passport means you are not American, no ability to vote directly points to why African descendants are given felonies tens times more often than whites- no voting. Even veterans are denied second amendment rights if convicted of a Felony. And that is just a few of the felony penalties that plague 3 million African Americans

This is very important! We all need to support this strike and chip in what we can. We are all modern day economic slaves under this evil system run by the big banks and big insurance companies and the 2,000 major corporations through the so called Federal Reserve bank. This is the old system of monopoly finance capitalism. We need to all get involved in destroying this evil system, The Economic Rights Movement is our humble name for this Holy effort.

Prisons do what they want to do and have no fear of anything coming back on them . they claim they are teaching a trade , but there is not much call for making license plates , or wiring electrical devices without receiving a license so they have a chance of working on release . Lets face it it is more or less slave or indentured servitude !

The ink was not dry on the 13th Amendment and former slave states like New York were rounding up black men on tax violations, meaning Africans had to pay for the right to work with a permit that cost 10 dollars, the same 10 dollars slave owners paid the slave patrols to kill,maime or return Africans who ran from the slave system. The same ten dollars that Magstrates were paid to return runaway slaves. How about this one the life insurance policy paid ten to one hundred dollars for slave death.