Princess Eugenie’s Charity Teams Up with Freedom United -
This website uses cookies to improve your experience. We'll assume you're ok with this, but you can opt-out if you wish.Accept Read More
Skip to content
Back to Global News 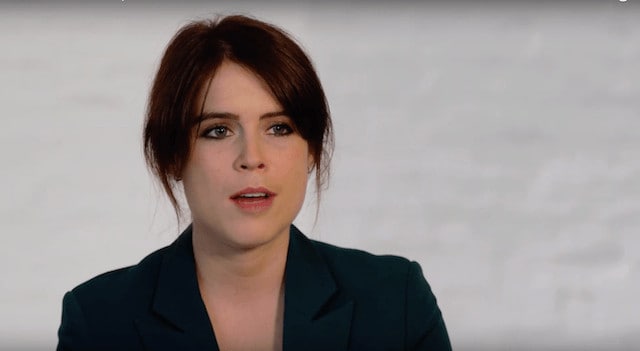 Freedom United is developing a podcast series highlighting anti-slavery work around the world. The podcast aims to bring awareness of modern slavery to new audiences and strengthen the movement.

To reach people who may yet to have developed their knowledge, Freedom United is delighted to be partnering up with The Anti-Slavery Collective, which was founded by HRH Princess Eugenie of York, and her best friend, Julia De Boinville. Princess Eugenie is a granddaughter to Queen Elizabeth II, popularly known as the Queen of England.

Princess Eugenie and Julia de Boinville announced the big news on Instagram TV this week, noting that “We are developing a podcast with Freedom United, and we will have a speaker series called Tech Tackles Trafficking.”

Watch the announcement and learn more about The Anti-Slavery Collective here:

She added: “Now is the time to talk about this, this is already on everyone’s minds. If it isn’t, we are making it on their minds. We are doing this for the person who can’t scream and shout about their situation like we can.”

In the podcast, Eugenie and Julia also highlighted just how important it was that people became more aware and helped to stop modern day slavery. “There are an estimated 40.3million slaves in the world today – that’s the greatest number in history,” Julia informed.

“We witnessed first-hand how many amazing charities there are in the UK and beyond, doing phenomenal work, so we wondered how we could highlight the work they are doing and raise awareness. And with that we launched the Anti-Slavery Collective,” they added. “The Anti-Slavery Collective’s missions is to bring people together, because together we are so much more powerful and impact serious change.

On Tuesday, Eugenie marked World Day against Trafficking in Persons by sharing a series of throwback photos on Instagram and reflecting on some of the amazing experiences she’s had as co-founder of her organisation, The Anti-Slavery Collective.

The Princess and Julia created The Anti-Slavery Collective in 2017. The pair explained on their website that they “were shocked to discover the extent to which slavery still exists,” which has led them to campaign for the end of human trafficking.

Whilst a date is not yet set for the launch of the first podcast series, work on the content is underway right now. Freedom United will be sharing developments on the project across its channels.