Post-Brexit, UK Wants Trafficking Victims to Pay - FreedomUnited.org
This website uses cookies to improve your experience. We'll assume you're ok with this, but you can opt-out if you wish.Accept Read More
Skip to content
Back to Global News 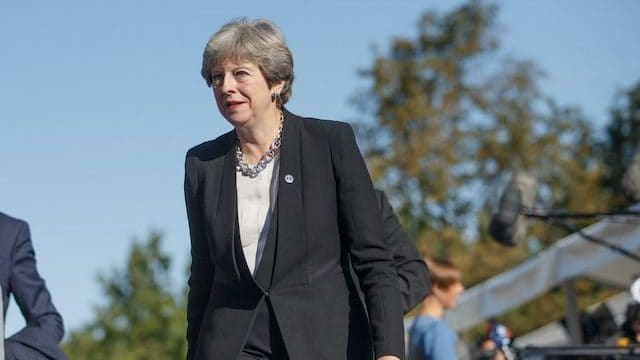 Theresa May’s government is coming under fire for its post-Brexit immigration plans after ministers said that EU victims of modern slavery would have to pay a fee to remain in the UK after it leaves the European Union.

Campaigners say this is just the latest example of a “hostile environment” being extended to victims of trafficking.

Related Campaign: Support for all UK victims of trafficking.

The dispute broke out when immigration minister Caroline Nokes was asked by shadow Brexit minister Paul Blomfield if EU Settlement Scheme fees will still apply to trafficking victims and their dependents after December 2022.

In response, Nokes said, “With regard to application fees, there are currently no plans to waive fees for victims of trafficking and modern slavery unless the victim is a child in local authority care. The application fee has been set below the cost of a UK passport and applicants have until 30 June to make the necessary arrangement to enable them to apply.”

Under Home Office plans, EU citizens seeking to remain in the UK after December 2020 will have to apply to stay through the new settlement scheme. The fee for remaining will be £65 for those over 16 and half that for those under 16.

Last night the Labour MP and chair of the Work and Pensions Select Committee Frank Field, who has been asked by May to chair a commission into the workings of the Modern Slavery Act, said his group would be “very much concerned” by the Home Office’s answer, which appeared to be part of an approach dictated more by a desire to control immigration numbers, than the interests of victims.

“We will want to look at whether the whole of modern slavery policy should be owned by the Home Office, when it is concerned with migration levels – and we as a commission are concerned with the victims.”

Caroline Robinson, director of Focus on Labour Exploitation, said the government is contradicting its own promises.

“The prime minister has made tackling modern slavery a personal priority,” she said. “Yet by failing to remove fees for victims of modern slavery, the government is acting at odds with this priority and denying victims recovery and the hope of a better life.”

Blomfield, responding to Nokes, argued that, “[Trafficking victims] are some of the most vulnerable people in our society. Many will not be able to afford the fee and will be at risk of further exploitation or of living in the UK without the correct documentation.”

“If the Tories are serious about ending the ‘hostile environment’ policy they will drop these plans immediately.”

This is shameful of Britain to impose further punishment on victims who had already been viciously treated by their traffickers. Instead of asking them to pay up, Theresa May should start a campaign for the rights of trafficked victims.