Portraits of Mauritania's Former Slaves - FreedomUnited.org
This website uses cookies to improve your experience. We'll assume you're ok with this, but you can opt-out if you wish.Accept Read More
Skip to content
Back to Global News 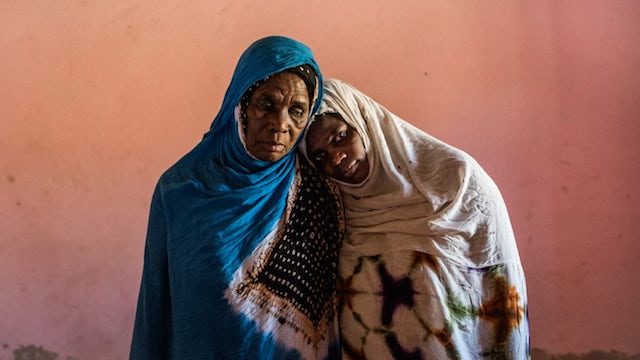 In 1981 Mauritania became the last country in the world to make slavery illegal. Yet decades on, slavery persists despite government denials, with tens of thousands still trapped in bonded labor, domestic slavery, or forced child marriages.

Slavery in Mauritania operates through a rigid caste system in which darker-skinned members of the Haratine and Afro-Mauritanian minorities are beholden to lighter-skinned Arab-Berber “masters.” Slavery is passed down from mother to child, making it nearly impossible to break free. Even Haratine who are not trapped in bonded labor do work that Arab-Berbers find dirty or degrading, and both Haratines and Afro-Mauritanians are significantly underrepresented in government and well-paid jobs.

The country’s main anti-slavery organization, the Initiative for the Resurgence of the Abolitionist Movement (IRA) is led by Biram Ould Abeid, a formerly imprisoned Haratine activist. He came second in the country’s 2014 national elections, and has vowed to oust President Mohamed Ould Abdel Aziz’s majority Arab-Berber government.

One photojournalist, Seif Kousmate, spent a month in Mauritania, speaking with those who managed to escape slavery. He shared their stories in The Guardian:

Fatimatou and her daughter Mbarka, above, were slaves to a family in the Aleg region, roughly 250km from the capital, Nouakchott. “They called me ‘Fatma the servant’: I looked after the cattle, prepared food, and fetched water from the well,” says Fatimatou. “I lost two babies to this family because they prevented me from taking care of my own children. I was forced to work when I had just given birth.”

Fatimatou was freed with her children in the early 1990s by the organisation SOS Slaves. Today, she lives with her family in one of Nouakchott’s working-class neighbourhoods.

Former slaves Habi and her brother Bilal were both slaves to a family east of the capital, but Bilal fled suddenly one day after his master beat him. After several attempts to rescue his sister, who was a victim of sexual abuse and forced labour, she was finally freed with the help of SOS Slaves in 2008.

Today, the pair live in a poor neighbourhood on the periphery of Nouakchott. With the help of some activists, Bilal recently opened a small tyre-mounting garage.

Another survivor, Moctar, was born into slavery and had to work alongside his mother and brother. He finally managed to escape in 2012, but when he went back to try to rescue his family, they refused to go with him.

His mother even criticized his escape. As Moctar recalls, “When I was younger, my mother told me every night that we must respect our masters, because their caste is higher than ours, and they are saints.”