Survivors Tell of Loss of Identity, Family Rejection for Refusing Forced Marriage - FreedomUnited.org
This website uses cookies to improve your experience. We'll assume you're ok with this, but you can opt-out if you wish.Accept Read More
Skip to content
Back to Global News 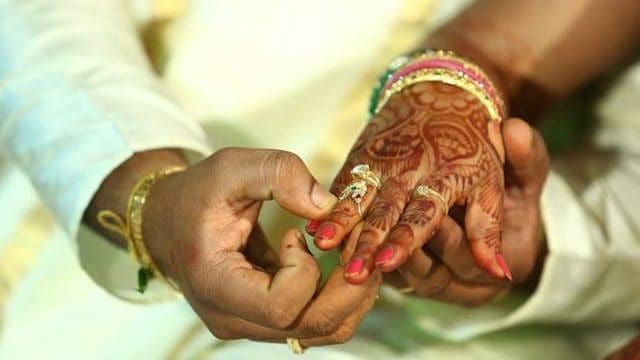 In the last four years since England and Wales changed their laws on forced marriage there have been two landmark convictions of parents who forced their daughters to go abroad and marry men from their countries of origin.

Yet while these convictions are certainly welcome and important, survivors of forced marriage say that the stigma they suffer from being ostracized by their families and community is what causes the greatest suffering.

Writing in The Conversation, Geetanjali Gangoli, a Senior Lecturer in Policy Studies at the University of Bristol, explains:

Our research team at the Centre for Gender and Violence Research at the University of Bristol have researched forced marriage as part of the wider work on justice, inequality and gender-based violence. A key issue that emerged from our interviews with survivors was that those escaping forced marriage felt a strong sense of injustice, often experienced as a sense of loss of identity, and loss of belonging with their family.

Earlier research drawn up for a report into honour violence by Her Majesty’s Inspectorate of Constabulary found that survivors of forced marriage are hesitant to approach the police and seek criminal justice relief due to fear of reprisals, particularly of being ostracised by their community.

Yet most victims of forced marriage are coerced into the marriage by parents, siblings and wider family members through a range of physically and emotionally abusive behaviours. Most significantly there is a lack of acceptance that young women have a right to self-determination, particularly in the choice of their partner.

Our current research on justice lends further weight to this – survivors we interviewed explained that the lack of acceptance by the wider community of their right to their own life was itself a form of injustice.

One British woman of Pakistani origin interviewed by Gangoli explained that she faced backlash from relatives after divorcing the husband she was forced to marry.

“I was blamed, I was seen as the bad one, I was being further targeted as somehow not doing what I should do as a dutiful daughter, wife or whatever,” she said.

Another British woman who escaped marriage at 13 and is now in her 30s says she has been cut off by her family.

“Because I was shunned I left home, it was a choice I had to make…Because you’ve taken away my culture, my identity away from me by not allowing me to be in contact with my siblings.”

Gangoli says that her research shows that these women do value police involvement and criminal prosecution, but while they may get legal justice, the stigma from their communities remains an injustice.

As Gangoli notes, the “Complexity – of these women’s ethnicity and feelings of identity toward their country of origin, of immigration laws, and of their place at the heart of a family and wider community – mean that, for many, justice eludes them.”