Pope's Good Friday Service Focuses on Rome's Trafficked Children
This website uses cookies to improve your experience. We'll assume you're ok with this, but you can opt-out if you wish.Accept Read More
Skip to content
Back to Global News 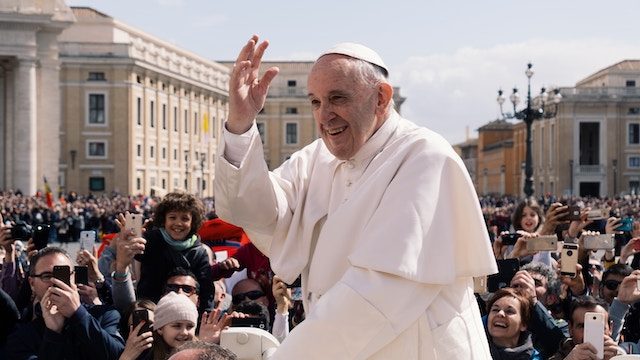 A nun who has helped trafficked women and children in Italy, Nigeria, and Benin will be the main speaker today during Pope Francis’ Good Friday Service.

Sister Eugenia Bonetti has won multiple awards for her work with victims, helping them access legal aid, repatriation, and shelters since the 1990s.

“Let us think of all those children … bought and sold by human traffickers for organ harvesting, used and abused on our streets by many, including Christians, who have lost the sense of their own and others’ sacredness,” she will tell crowds at the Vatican.

The Catholic Church has recently taken up human trafficking as an advocacy cause, with Pope Francis calling sex trafficking a “crime against humanity.”

As he prepares to lead the world’s 1.2 billion Catholics in the countdown to Easter Sunday, the pope chose Bonetti to write meditations for the 14 “stations of the cross” which commemorate the last hours of Jesus’s life.

The prayers will call on Catholics to alleviate the suffering of the poor, homeless, jobless, undocumented migrants and those stuck in transit camps, on boats denied entry to safe ports or shipwrecked in the Mediterranean.

Bonetti will describe how she walked the streets of Rome looking for a young woman recently arrived in Italy, where many African migrants wash up, hoping for a fresh start only to be snared in prostitution.

“In the darkness, I caught sight of her curled up and half asleep at the edge of the street. When she heard me calling, she awoke and said she couldn’t go on,” Bonetti will say.

“‘I can’t take it anymore’, she kept repeating. I thought of her mother. If she knew what had happened to her daughter, she would burst into tears.”