Indians Say No to Trafficked Dance Troupes at Weddings
This website uses cookies to improve your experience. We'll assume you're ok with this, but you can opt-out if you wish.Accept Read More
Skip to content
Back to Global News 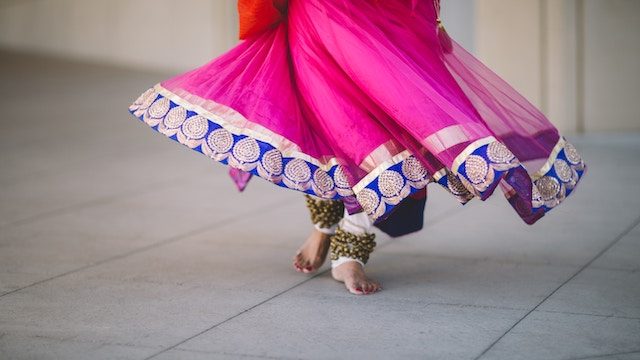 Indians Say No to Trafficked Dance Troupes at Weddings

When her daughter got married, Girija Devi did not entertain guests with music and dancing.

Going against tradition and the wishes of the groom’s family, Devi said she made the decision not to hire a dance troupe, known as “orchestras,” to perform after learning that many of the girls in dance troupes are trafficked.

“I was shocked when I heard that these girls had been tricked,” explained Devi.

“I couldn’t reconcile the fact that while my daughter was getting married, somebody else’s daughter was being forced to put up a show and entertain largely drunk men.”

It’s a phenomenon in which traffickers promise girls free dance lessons and a chance at getting famous.

Many households in the West Champaran region say they have stopped paying for dancers at their family weddings, hoping that the dip in demand will stem the supply of trafficked girls from neighbouring West Bengal state and across the border from Nepal.

Yet cops and campaigners say the crime is tough to crack as the custom is so popular while traffickers prey on girls – some as young as 12 – and their families by promising dance lessons, good earnings and the prospect of stardom on stage or screen.

The state’s comprehensive train network and porous border with Nepal have long enabled traffickers to move girls easily and sell them to dance groups, according to several activists.

“They bring unsuspecting women in droves and quickly disperse them into the 250-odd orchestras that operate in the area,” said Shishir Michael, programme manager with the charity Fakirana Sisters’ Society that rescues children from slavery.

One trafficker turned anti-trafficking advocate, Chandrika Ram, explained that he helped recruit girls for five years in West Bengal, paying middlemen and relatives of the girls up to 10,000 Indian rupees ($144) before reselling them.

“The profits were huge,” said Ram. “I didn’t think about what would happen to the girls after I sold them for 10 times the price I had bought them for. It was pure greed.”

Leela (not her real name), said that she was drugged, kidnapped, and held by one dance troupe for over a year, beaten when she made mistakes during performances.

“I didn’t understand their language or what they wanted of me. I wanted to go home and somehow managed to call my brother who then told the police. I came back knowing many others were trapped forever,” she said.