Bangladesh: Trafficking Convictions Less Than Half Percent
This website uses cookies to improve your experience. We'll assume you're ok with this, but you can opt-out if you wish.Accept Read More
Skip to content
Back to Global News 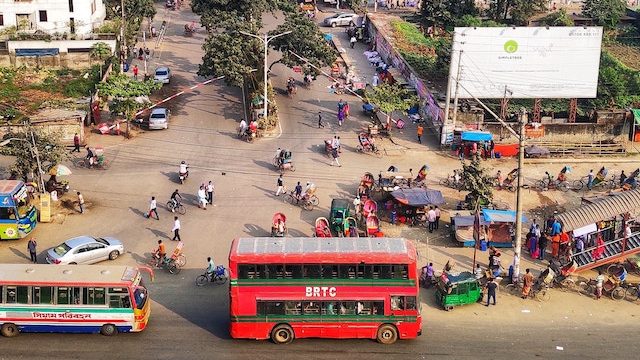 Bangladesh’s anti-trafficking law should protect its citizens against human trafficking and forced labor, but experts are warning that it means little if it’s not being implemented.

Police arrested 6,106 people in connection with human trafficking since 2013, but only 25 of them have been convicted. That’s a conviction rate of 0.4%

In 2012, Bangladesh passed the Prevention and Suppression of Human Trafficking Act, but a key feature — a tribunal — has yet to be established.

NHRC Chairman Kazi Reazul Hoque said: “Implementation of the act is a big challenge now. Due to lack of the specific tribunal mandated by the act, subordinate courts are looking after the cases, which creates a case backlog in the courts. This is one of the main reasons for delays in trafficking cases.”

Reazul urged the government to allocate a budget to establish the tribunal.

“Due to the low conviction rate, Bangladesh remained on the Tier 2 watch list of the US Department of State’s annual Trafficking in Persons report for the second consecutive year,” he said.

Shariful Islam Hasan, head of the migration program at Brac, said: “Bangladesh has become the single biggest source country for trafficking to Europe. It is a matter of shame.

“The rules and regulations of our country are better than those of others, but the implementation rate is the worst in the world.”

Without government action, “We will continue to find our fellow countrymen in mass graves like those in Malaysia and Thailand,” added Hasan, pointing to the mass graves of trafficked Bangladeshis and Rohingya along the Thailand-Malaysia border.

Home Minister Asaduzzaman Khan Kamal acknowledged the particular vulnerability of Rohingya. “We have no data on how many people have been trafficked by force and how many through deception.The majority of those trafficked by ocean routes are Rohingyas,” he said.

According to a 2016 UNODC report, Bangladesh reported just 10-15 trafficking convictions each year — significantly less than the 50-80 convictions its neighbor, Nepal, secured.