Polaris Will Initiate Global Data Repository on Trafficking - FreedomUnited.org
This website uses cookies to improve your experience. We'll assume you're ok with this, but you can opt-out if you wish.Accept Read More
Skip to content
Back to Global News 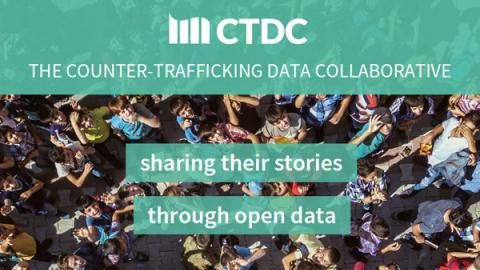 Yesterday at the 5th Global Compact for Migration (GCM) in Vienna, anti-slavery specialists said that a Counter-Trafficking Data Collaborative (CTDC) will soon be launched by Polaris, an organization that fights modern slavery. The announcement was made by the UN Migration Agency.

“The CTDC is the result of a joint initiative led by IOM, the UN Migration Agency and Polaris, an independent organization combating modern slavery. Its online portal will consist of a global repository of data on human trafficking that protects the identities of victims, and uses a new international standard. The announcement took place at a parallel event during the GCM consultations. At the pre-launch, IOM stressed the important role of the CTDC to fill the gap in terms of publicly available data on human trafficking. Harry Cook, IOM Data Management and Research Specialist stressed that the lack of data on human trafficking and the hurdles to collect it in a harmonized manner are two main problems for the counter-trafficking movement.”

The CTDC will be the first of its kind, a global repository that will collect data from counter-trafficking organizations worldwide. Associate Director of Polaris Sara Crowe said, “We all want counter trafficking efforts to be as effective and efficient as possible, and in order to do that, they need to be based on real information about the problem.”