Parliament Watchdog: Home Office has No Way of Monitoring Success - FreedomUnited.org
This website uses cookies to improve your experience. We'll assume you're ok with this, but you can opt-out if you wish.Accept Read More
Skip to content
Back to Global News 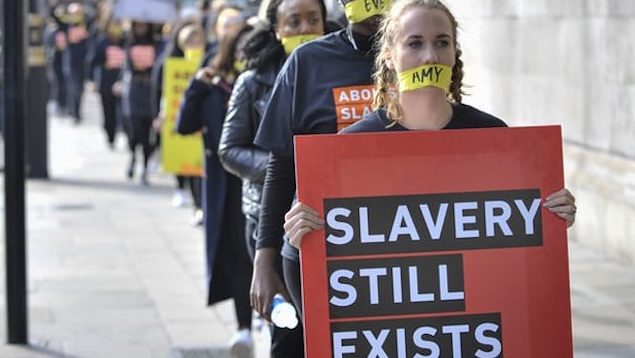 Parliament Watchdog: Home Office has No Way of Monitoring Success

The UK Home Office has no way of measuring or monitoring its success in combatting modern slavery according to a new report from a parliament watchdog.

The report issued by the public accounts committee says that despite an ambitious strategy to fight modern slavery laid out four years ago, the government does not have the data or systems to fully understand the crime and the response to it.

The committee’s report says: “The Home Office introduced an ambitious modern slavery strategy in 2014 but it has taken too long to learn what works in the system, to understand the complexities of the crime, and to turn the strategy and the Modern Slavery Act into an effective and co-ordinated approach across government.

“Government does not yet have the data or systems to understand the crime, the demographics and circumstances of the victims and the perpetrators. Nor does it know how much money it spends tackling modern slavery or what success looks like, meaning it cannot establish whether its strategy is working or how it should prioritise its actions.”

The national referral mechanism (NRM) is a key framework for tackling slavery and trafficking, for identifying victims from possible cases reported by first-response agencies.

“The extreme variation between police forces’ referral rates suggests that some forces are not treating modern slavery as seriously as others,” the committee wrote.

Conviction rates have also been quite low with only 7% of modern slavery cases resulting in criminal legal action. MPs have also expressed frustration that victims wait “far too long” to receive NRM decisions, causing unnecessary distress to survivors.

The committee’s chair, the Labour MP Meg Hillier, said: “Victims of modern slavery can face unimaginable horrors but the government’s good intentions have yet to result in coherent action to help them.”

A spokesman for the Home Office said that the government’s modern slavery taskforce would consider the report’s recommendations:

“We have recently announced reforms to the national referral mechanism to make sure it supports more victims at a quicker pace and we are taking action to eradicate modern slavery from the economy, including requiring large businesses to report on how they are tackling and preventing this crime in their supply chains.”