MOJ Admits to Denying UK Slavery Victims Access to Legal Aid - FreedomUnited.org
This website uses cookies to improve your experience. We'll assume you're ok with this, but you can opt-out if you wish.Accept Read More
Skip to content
Back to Global News 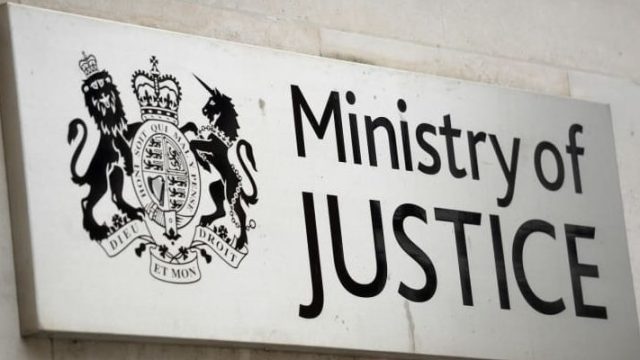 The case of a young woman who was brought to the UK and trafficked for sexual exploitation has revealed that the government has been denying hundreds — if not thousands — of victims of access to legal aid.

As home secretary, Theresa May made tackling modern slavery one of her key policies, promising victims that she would protect them from cuts in legal aid so that they could afford lawyers for their immigration cases. The Home Office even had publications that stated victims of human trafficking could get free legal advice on immigration.

Yet the young woman, known as LL, was refused legal aid in April of last year despite being identified as a potential victim of trafficking by the government. She brought a test case challenging the decision, which ultimately revealed the government’s error.

Buzzfeed News reports that the Legal Aid Agency, part of the Ministry of Justice, has admitted wrongdoing in denying legal aid to trafficking victims:

[LL] wanted to apply for discretionary leave to remain – an immigration status that can give people a temporary right to stay in the UK if they have suffered extreme hardship.

The Anti-Trafficking and Labour Exploitation Unit, a charity providing legal support to victims, was given permission to judicially review the legal aid decision in her immigration case.

The day before the full hearing last month the MoJ reached an agreement that they had, in fact, misinterpreted the law.

Hundreds of foreign trafficking victims end up in the UK every year – the latest figures show 2,358 potential victims were reported in one year alone. The situation means hundreds – if not thousands – may have been turned down for legal aid when trying to stay on in Britain.

Carita Thomas, a solicitor at the Anti-Trafficking and Labour Exploitation Unit, which brought the case, said this case exposes the government’s failure to coordinate.

“This shows there’s no joined up thinking for the protection of victims of modern slavery across government. One aim of government was making a decision that had a hugely negative impact on victims’ ability to access the rights they deserved to have – and another arm of government didn’t know anything about it,” she said.

Thomas added that “there were other cases” where legal aid was denied, bringing into question just how many victims were turned down for help they are entitled to under the UK Modern Slavery Act.

Still, the Home Office rarely grants victims who were trafficked to the UK the right to stay in the country. Recent figures show that only 12% of recognized victims of human trafficking were granted discretionary leave to remain.

But as Kate Roberts from the Human Trafficking Foundation explains, immigration status is a major worry for victims as they try to rebuild their lives.

“We’ve heard so much about the ‘hostile environment’ recently and having an unclear immigration status puts your life on hold…you’re prohibited from accessing basic services that victims need to even begin to recover from slavery,” she said.

“Having a secure immigration status is absolutely fundamental to getting your life back on track and feeling safe again.”