Opinion: There is No "Race to the Bottom" - FreedomUnited.org
This website uses cookies to improve your experience. We'll assume you're ok with this, but you can opt-out if you wish.Accept Read More
Skip to content
Back to Global News 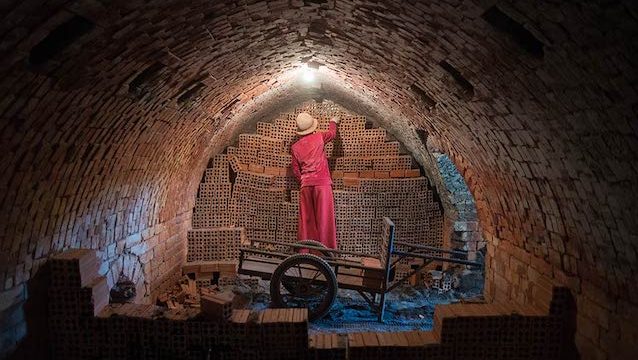 Opinion: There is No "Race to the Bottom"

It has become increasingly common to talk about a “race to the bottom” when it comes to the erosion of workers’ welfare and rights.

But according to researchers Nithya Natarajan, Katherine Brickell, and Laurie Parsons, that metaphorical race is already over for Cambodian brick-makers. They cite anthropologist Tanya Murray Li’s theory of “surplus populations” where workers’ “tiny incomes are ample testament to the fact that no one has a market incentive to pay the costs of keeping them alive from day to day, or from one generation to the next.”

In other words, there is already so much labor competition and prices are already so low that workers become “surplus populations.”

Writing in Open Democracy, they explain how this manifests itself in Cambodia:

Our recent research report ‘Blood Bricks’ offers a stark glimpse into one case of surplus lives in Cambodia. The research documents how bricks destined for ascending skyscrapers in Phnom Penh are moulded and fired by debt-bonded families. These families were once smallholder farmers in rural areas. The impacts of climate change and medical expenses pushed them into unsustainable debts, often with one of the many unregulated microfinance institutions in the country.

To deal with their rising indebtedness, they approached brick kiln owners located near Phnom Penh, who agreed to pay off the creditors if whole families moved onto the kilns and worked off the consolidated debt. Cambodian smallholder farmers-turned brick workers therefore entered the non-farm economy by being “adversely incorporated” into broader circuits of capital accumulation. They did this by borrowing from the high-interest microfinance sector that is increasingly characterised by foreign investment and financialisation.

As such, despite being surplus to the requirements of the economy as labourers, smallholder farmers became lucrative in another way; as bearers of debt. The value of their agricultural produce, or their contribution as labourers, is surpassed by their borrowing. This renders everything they own, and even their future wages, collateral to the finance market.

For these researchers, advocating for strong labor rights won’t solve all the problems of “surplus populations.” Rather, the nature of the economy needs to change so that they no longer become bearers of debt, and the Cambodian government needs to provide welfare to protect the country’s poorest.

The conclude: we need to focus on how people’s lives are valued. “This means focusing on social welfare and protection afforded to the poorest, and resisting new ways to adversely incorporate them into capitalism as an alternative to this, for example through financialisation and indebtedness.”