Europeans Want Clothes With a Conscience - FreedomUnited.org
This website uses cookies to improve your experience. We'll assume you're ok with this, but you can opt-out if you wish.Accept Read More
Skip to content
Back to Global News 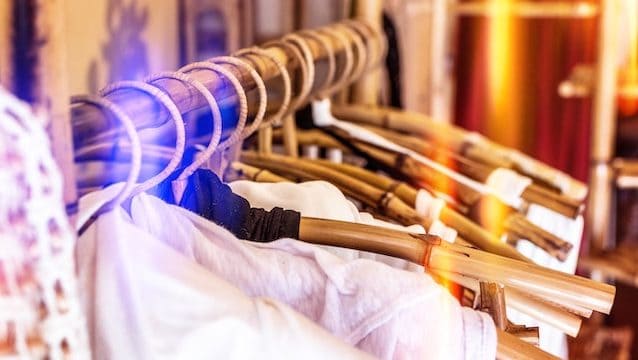 Europeans Want Clothes With a Conscience

Western European shoppers want to buy clothes that are made responsibly according to a new survey, but it is still unclear how much consumers are willing to spend for clothes with a conscience.

Less than 40% of respondents said they thought of an item’s impact on society and environment before buying. Yet more than 70% percent wanted information on what companies are doing to protect workers in their supply chain and the planet.

“Brands tell us you can’t trust consumers because they say one thing but then behave differently,” said Rachel Wilshaw, ethical trade manager at British charity Oxfam.

“People will continue to be very price sensitive but if brands can find a way to offer a good product at a good price – and be transparent – I feel sure that that is going to matter more in the future.”

The poll, conducted online by Ipsos MORI in October, asked 5,000 people in Britain, Germany, Italy, France and Spain what they thought of transparency and sustainability in fashion.

Eighty percent of respondents said brands should publish the names of all factories they use to make clothing and 77 percent said suppliers should also be listed.

One in three said it was important for companies to share details about wages and working conditions in their supply chains; 72 percent said firms should be required to by law.

“Increasingly, consumers want to know that the workers making their clothes are getting a good deal as well,” said Martin Buttle, strategic lead at the Ethical Trading Initiative, a global network of firms, unions and labour rights groups.

“For those brands that recognise its importance, transparency is an opportunity to build trust.”

As estimated 25 million people are trapped in forced labor around the world, and a large share of them work in the textile manufacturing industry.

The fashion industry has seen big sales through the trends of fast-fashion, but campaigners warn that this rise in production demand fuels labor exploitation at the very bottom of supply chains.