Opinion: Stop Enslavement of Venezuelan Refugees in Brazil - FreedomUnited.org
This website uses cookies to improve your experience. We'll assume you're ok with this, but you can opt-out if you wish.Accept Read More
Skip to content
Back to Global News 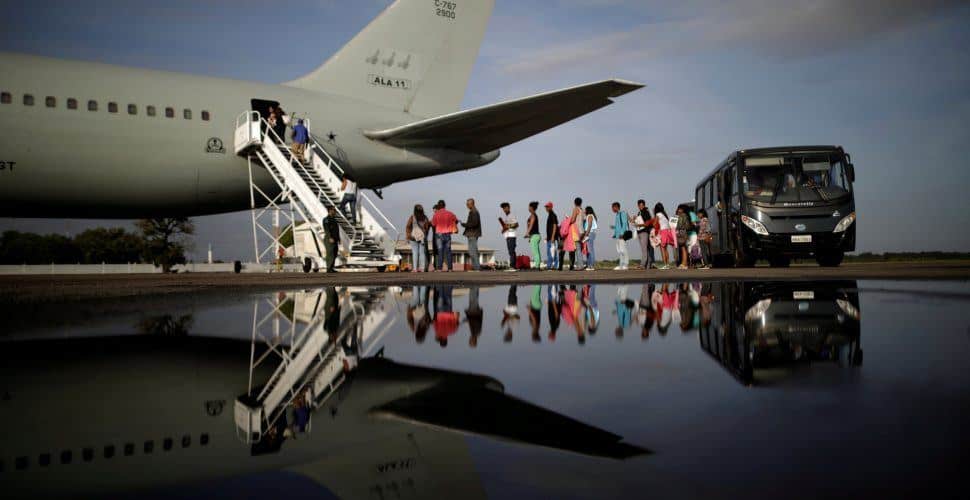 Since 2017, the political crisis in Venezuela has seen nearly four million citizens flee the country, seeking relief from severe food and medicine shortages. More than 50,000 of them have fled across the border into Brazil.

But in Brazil’s remote border regions, the influx of desperate migrants is making them easy prey for human traffickers who falsely promise them food and shelter in exchange for work.

Still, as Brazil enters its election season, protecting thousands of Venezuelans on the border from exploitation is not a priority for politicians.

During a pivotal election season, the chaos in the borderlands mirrors turmoil nationwide. After years of economic malaise, corruption investigations and security breakdowns, many Brazilians crave stability, law and order. Welcoming thousands of Venezuelans checks none of those boxes.

At least 10 Venezuelans have been rescued from slavery in the past year. Yet the abuse of refugees at the hands of powerful businessmen and landowners is but another stunning example of how crime pays in Brazil.

In Boa Vista, the Federal Police have investigated numerous reports of women forced to provide sex for food or shelter. Bosses from remote fazendas — large ranches — scout the camps, making false promises about room, board and wages to abscond with laborers to farms and mines along the BR-174 highway and in other states in the Brazilian Amazon.

Brazil’s own National Task Force for the Eradication of Slave Labor has promised to increase its rescue and inspection efforts as the flow of Venezuelans migrants and refugees increases.

For Arnold, Brazilian politicians must not scapegoat trafficked Venezuelan migrants from Venezuela ahead of Brazil’s snap election on May 20.

“The country deserves leaders who will act swiftly to protect the vulnerable from exploitation and restore Brazil’s credibility in the region — not use the crisis to stoke xenophobia and nationalism,” he writes.