Opinion: Give asylum to victims of slavery exploited by terrorists - FreedomUnited.org
This website uses cookies to improve your experience. We'll assume you're ok with this, but you can opt-out if you wish.Accept Read More
Skip to content
Back to Global News 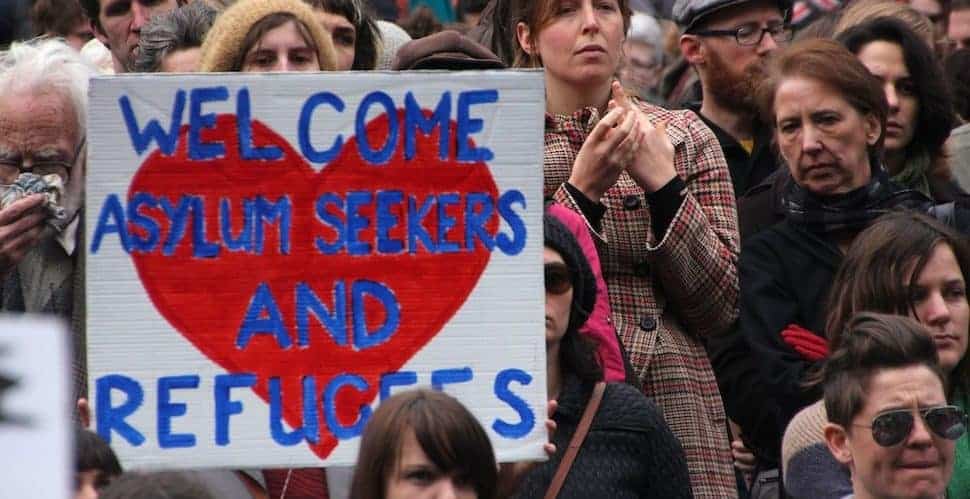 Opinion: Give asylum to victims of slavery exploited by terrorists

Two months ago, United States Attorney General Merrick Garland reversed three Trump Administration rulings that had curtailed asylum rights of refugees fleeing domestic abuse and gang violence. However, one controversial ruling is still standing, centered on this question — should victims of forced labor at the hands of terrorists be eligible for asylum?

In an opinion piece for USA Today, Ilya Somin, a law professor at George Mason University, argues that the United States should offer asylum to victims of slavery who were exploited by terrorists. Currently, US asylum law holds that “civilians used as slave laborers by terrorist groups are ineligible for asylum because their forced labor qualifies as ‘material support for terrorism’ under federal law restricting asylum claims.”

It is, as Somin, writes, how America’s asylum system “perversely holds [victims’] oppression against them”:

In Matter of A-C-M (2018), the Justice Department’s Board of Immigration Appeals rejected a Salvadoran woman’s application for asylum. . . This terrible menace to national security “was kidnapped by guerrillas in El Salvador in 1990 and was coerced into undergoing weapons training and performing forced labor in the form of cooking, cleaning, and washing their clothes.” Previously, the left-wing guerrillas “forced [her] to witness her husband, a sergeant in the Salvadoran Army, dig his own grave before being killed.”

The majority opinion of the Board concluded that “an alien provides ‘material support’ to a terrorist organization, regardless of whether it was intended to aid the organization, if the act has a “logical and reasonably foreseeable tendency to promote, sustain, or maintain the organization, even if only to a de minimis degree.” In a dissenting opinion, Board member Linda Wentland criticized the majority’s ridiculously broad definition of  “material support,” pointing out that the word “material” should not be interpreted to include very minor “de minimis” assistance.

But there is an even more basic flaw in the ruling. In the asylum context, providing “material support” to terrorists should be an at least somewhat voluntary activity. Slave labor surely does not qualify.

A slave laborer forced to work for terrorists is not a threat to American security, nor can she said to be a true supporter of the terrorist organization. Read in context, the word “support” should be interpreted as something akin to “willingly aid,” not accidentally and surely not by performing forced labor.

In Matter of A-C-M — whose ruling has a binding effect on all Department of Homeland Security officials and immigration judges — the Board referred to an earlier 2016 ruling that the “material support” statute does not provide an exception for “duress.” As egregious as it sounds, this means for example that “Yazidi women used as sex slaves by ISIS must be denied asylum because, as the BIA might put it, their forced labor had a ‘reasonably foreseeable tendency to promote, sustain, or maintain the [ISIS] organization’ by improving the morale of ISIS fighters who raped them.”

So what can be done to fix this ruling? Practically speaking, the Attorney General, a federal court, or the BIA needs to overrule it. Garland has the power as Attorney General to review and reverse BIA decisions through certification power, meaning he could reverse Matter of A-C-M immediately.

As Somin concludes, “Attorney General Garland should take this opportunity to use it to reverse an egregious decision at odds with humanity, the rule of law, and just plain common sense.”