After the Beirut explosion: living under crisis and kafala - FreedomUnited.org
This website uses cookies to improve your experience. We'll assume you're ok with this, but you can opt-out if you wish.Accept Read More
Skip to content
Back to Global News 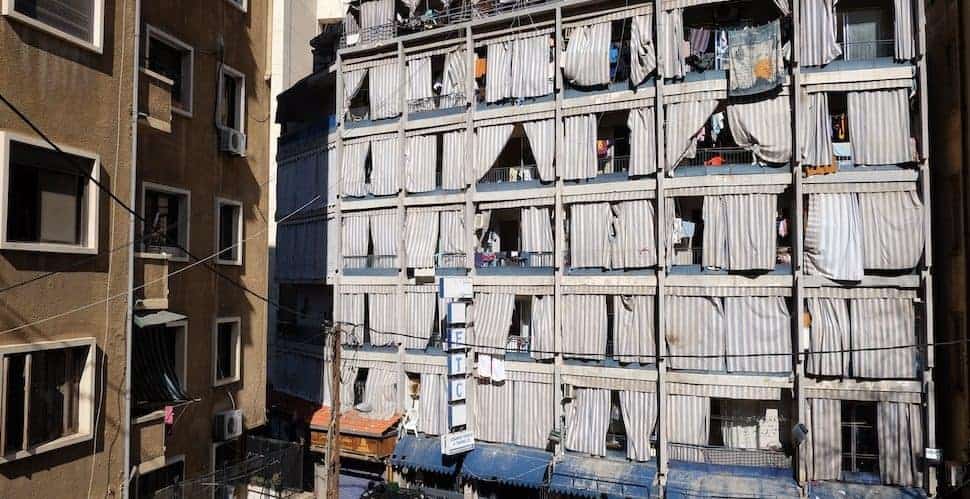 After the Beirut explosion: living under crisis and kafala

“Every part of my body was bleeding. My eyes were swollen, and I couldn’t see through one of them. [My employers] took themselves to the hospital without taking me with them. I was lying there bleeding on the side of the road before an ambulance picked me up by chance.”

These are the words of Doris, a mother from Ghana who came to work in Lebanon, following the explosion in Beirut over a year ago. Like her, thousands of other migrant domestic workers were traumatized by the blast, where the “effects of the explosion on August 4 cannot be separated from the everyday realities of racism and kafala.”

The kafala system in Lebanon ties a migrant worker to their employer, as The Public Source explains:

The sponsorship system that governs their legal residency and employment status is a core pillar of the postwar economy in Lebanon and the region, and makes the employer both the worker’s sponsor and guardian. Tying the worker to the whims, moods, and authority of the employer, kafala establishes a dynamic akin to slavery but with a cover of employment, consent, and civility. In addition to egregious labor violations, many workers report being subjected to sexual and physical violence, isolation, and captivity.

Coronavirus lockdowns established a new reality for domestic workers, who were now stuck with their sponsors indoors around the clock. In addition to working day and night, 65 women reached out to Anti-Racism Movement (ARM), a grassroots migrant-centered feminist collective, because they were subjected to life-threatening violence.

Moreover, as their employers shifted to remote work, monopolizing an already slow and unstable connection to the internet, many domestic workers were stripped of their right to communicate with their families.

The aftermath of the explosion put the discriminatory effects of kafala into even sharper focus: “migrant workers who survived the blast describe living through a double trauma: first the shock of the blast, then brazen indifference as to whether they live or die.”

Three migrant-led organizations — Egna Legna, Mesewat, and This Is Lebanon — mobilized rescue efforts for migrant workers, contacting hospitals for weeks to track down those missing.

Sign the open letter to Lebanon’s Ministry of Labor calling for an end to the kafala system.

This is your international shame, Lebanon. Please do the right thing and end this system!