Officials Gave Visas to Husbands of British Girls Forced into Marriages - FreedomUnited.org
This website uses cookies to improve your experience. We'll assume you're ok with this, but you can opt-out if you wish.Accept Read More
Skip to content
Back to Global News 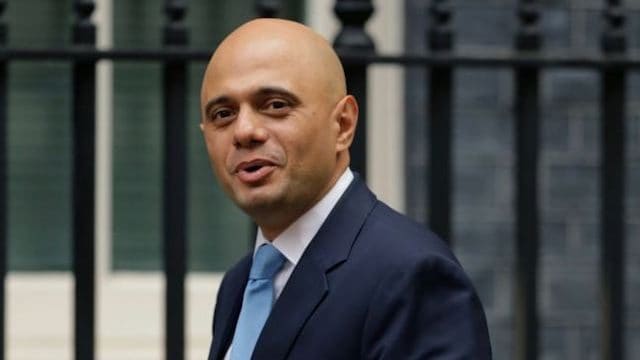 The British government says it will launch an investigation following reports that British officials issued visas to foreign husbands of British-born Muslim women who were forced into marriages overseas.

Even more alarming, campaigners say that when these women — some of them teenagers — objected to having their foreign spouses being given visas, officials usually ignored their concerns.

An investigation by The Times newspaper outlining cases in which British officials appear to have compounded the victimization and abuse of women forced into marriages has prompted the country’s interior minister Sajid Javid [pictured above] to launch an inquiry, saying forced marriage is a “despicable, inhumane, uncivilized practice that has no place whatsoever in Britain.”

He added in a tweet, “We will be doing more to combat it and support victims.”

Figures released to The Times under Freedom of Information laws showed that last year, Britain’s Home Office received 175 inquiries from spouses or third parties trying to block visas being issued. Eighty-eight developed into full cases. They included direct appeals from women or objections from others who feared the marriages had been forced.

Visas were issued in 42 of the cases, while another 10 are pending a final decision.

Charities say that these cases are just the tip of the iceberg. Last year alone, the government’s Forced Marriage Unit, part of the Foreign Office, received reports of nearly 2,000 possible cases of women being forced into marriages overseas. These marriages often involve rape and domestic violence.

One of the problems, some campaigners believe, is that British officials are afraid of being seen as culturally or religiously insensitive for mistaking an arranged marriage for a forced one.

Labor lawmaker Naz Shah from the Yorkshire town of Bradford says that the laws must change to help British Asian women trying to block abusive spouses from gaining visas. Currently, the foreign husband is notified if his wife doesn’t endorse his visa application.

Furthermore, she stressed that “There is nothing racist about highlighting the fact that a girl is being forced into a marriage or protecting that victim. Abuse is abuse, regardless of any cultures, and that needs to be understood loudly and clearly.”

Forced marriage or coerced marriages even arranged marriages have no place in the modern world, I understand all cultures and religions have their own accepted rules and customs that are not compatible with western thinking but a marriage should be between two loving partners who have discovered all there is to know about each other, warts and all, it should also be with the consent of both parties, and freely entered into openly and honestly, it should be for love not for dowry nor pressure.