North Koreans in Russia Work ‘Basically in the Situation of Slaves’ - FreedomUnited.org
This website uses cookies to improve your experience. We'll assume you're ok with this, but you can opt-out if you wish.Accept Read More
Skip to content
Back to Global News 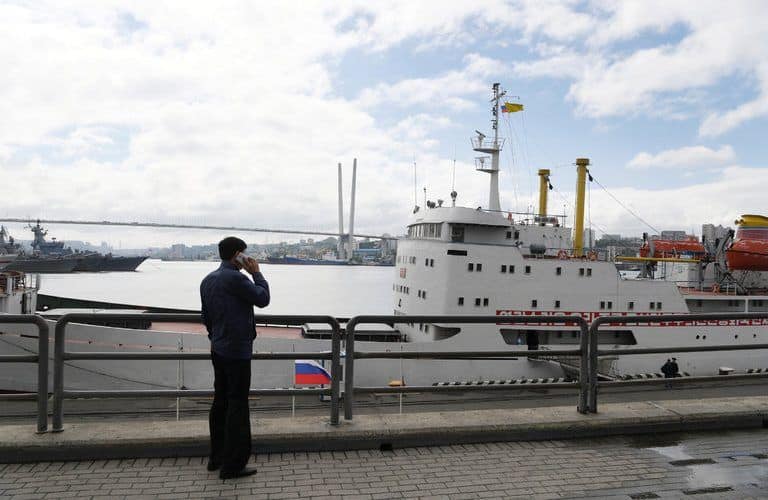 North Koreans in Russia Work ‘Basically in the Situation of Slaves’

All across Western Europe and the US, immigrants are targets for economic anxieties over cheap labor. Vladivostok, a city on the Pacific Ocean, is eagerly embracing a new icon of border-crushing globalization: the North Korean painter.

Unlike migrant workers in much of the West, destitute decorators from North Korea are so welcome that they have helped make Russia at least the equal of China — Pyongyang’s main backer — as the world’s biggest user of labor from the impoverished yet nuclear-armed country.

One homemaker says, “They are fast, cheap and very reliable, much better than Russian workers. They do nothing but work from morning until late at night.”

The work habits that delight Vladivostok homeowners are also generating sorely needed cash for the world’s most isolated regime, a hereditary dictatorship in Pyongyang closing in on a nuclear weapon capable of hitting the United States. Just last week, the North reached a milestone by testing its first intercontinental ballistic missile.

Stressed by international sanctions and unable to produce many goods that anyone outside North Korea cares to buy, aside from missile parts and textiles and coal and mushrooms, the country has sent tens of thousands of its impoverished citizens to cities and towns across the former Soviet Union to earn money for the state.