Financial Sector Could Use Greater Power to Fight Trafficking - FreedomUnited.org
This website uses cookies to improve your experience. We'll assume you're ok with this, but you can opt-out if you wish.Accept Read More
Skip to content
Back to Global News 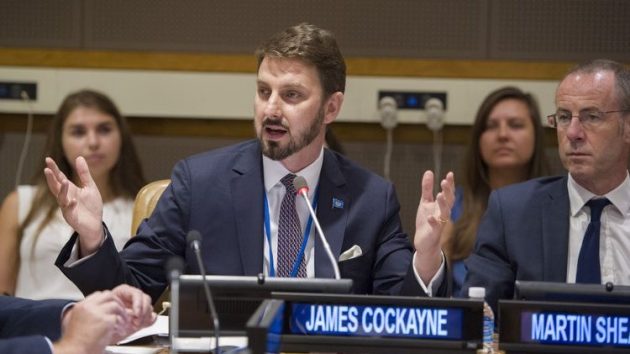 Financial Sector Could Use Greater Power to Fight Trafficking

A United Nation’s think tank said that the global financial sector is not fully using all the tools it has at hand to fight human trafficking.  They could report suspicious credit card activity and seize assets when necessary.

The United Nations University (UNU) said financial tools were a powerful means to disrupt the flow of money generated from human trafficking, with the illegal industry estimated to be worth about $150 billion a year.  As many as 45.8 million people, most of them women and girls, are estimated to be enslaved globally, according to the 2016 Global Slavery Index by rights group Walk Free Foundation. They are typically forced to work in factories, mines and farms, sold for sex, trapped in debt bondage or born into servitude.

Since money generated by human trafficking comes from crime, then handling that money can be considered money laundering or possibly financing terrorism, according to the report.

“Human trafficking is both big business and a serious crime,” said James Cockayne, head of the UNU Office at the United Nations and author of the report, in an accompanying statement. “Disrupting the associated financial flows associated with these crimes will make a powerful contribution to improving these lives and preventing future crimes.”

The report added that “relatively little attention has been paid to the role of the financial sector in efforts to tackle human trafficking and modern slavery, helping to make these crimes relatively low risk and high reward for perpetrators – and, arguably, for banks, other financial intermediaries and investors.”

In May, legislation was introduced in the US that would bolster financial regulations to help identify and report trafficking, as well as help deny traffickers access to the financial system.