North Korean Workers Forced to Work for the Regime - FreedomUnited.org
Skip to content
Back to Global News 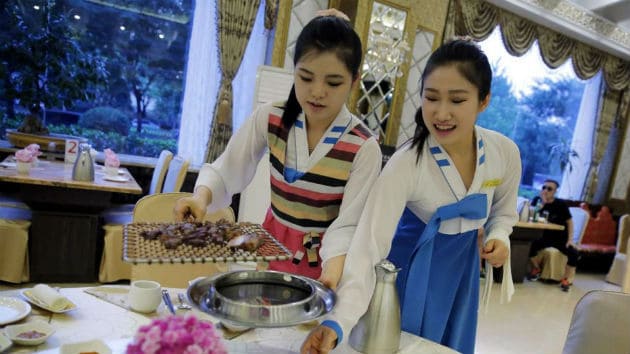 North Korean Workers Forced to Work for the Regime

In one large city, more than 1,000 North Korean workers are toiling in factories, construction sites, restaurants and medical clinics, helping to keep money coming into the regime back home…

Experts explain that these workers are part of the human-rights crisis in North Korea that has caused the U.S., for the first time, to personally sanction leader Kim Jong Un.

Alongside Pyongyang’s repressive rule and network of prison camps, human-rights activists point to the workers it sends abroad, many of whom they say toil under slave-like conditions. Wages are paid directly to North Korean officials, raising hundreds of millions of dollars each year for the state, according to estimates by human-rights groups. Attention to the roughly 50,000 North Koreans working abroad has risen as the U.S. and others try to apply financial pressure to force the regime to negotiate over its advancing nuclear and missile program.

An executive order from President Barack Obama in March blacklisted anyone exporting workers from North Korea.

The State Department in its TIP report explained that North Korea’s labor exports is a main reason for keeping the country at the lowest rating.

Harsh working conditions, appropriation of wages and lack of freedom of movement amount to a system of forced labor, it said.

A Foreign Ministry representative referred to the allegations as fabrications.

Many North Koreans who are working abroad are in construction, factory, or other blue-collar jobs in China, Russia and the Middle East. Mongolia historically has close relationships with North Korea and has agreed to take up to around 3,000 of the workers.

A labor broker said that North Koreans are hard-working and cheap to hire, and generally earn about $700 a month although they only receive $150-$200.  The rest goes to the government.