Nigerian Slaves Recall Libya Horrors - FreedomUnited.org
This website uses cookies to improve your experience. We'll assume you're ok with this, but you can opt-out if you wish.Accept Read More
Skip to content
Back to Global News 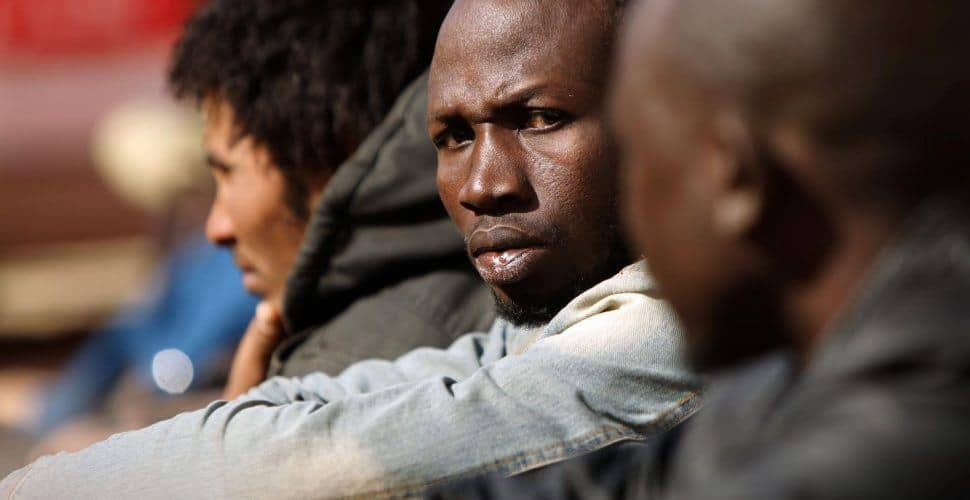 Dozens of Nigerian men who have returned home from Libya are speaking out about the abuses they suffered at the hands of traffickers, sold off for forced labor after being imprisoned for illegally entering Libya.

The International Organization for Migration (IOM) has helped many of these men voluntarily come back to Nigeria after being trapped in Gharyan, a town in in Libya’s mountainous west known for its slave markets.

Newsweek reports that these men were sold off in groups to do dirty work:

“They come to our caravans [cells], they pick six persons to do their dirty jobs, to do farming, brick-laying work,” Lucky Akhanene recounted of his experience. “They give us out to their friends. They don’t pay us. It’s just hard labor. If you’re not fast with your job, you get beaten,” he added.

Jackson Uwumarogie, who was arrested on the Mediterranean trying to flee Libya, said he was sold with 20 men for a price roughly equivalent to $735. On a farm where he harvested onions and fed cattle, he was only given food every few days and seawater to drink. Other Nigerians also described eating insubstantial meals and having to drink water from toilets to survive.

Another man, Agheyere, says his boss severely beat him when he refused to work. “He beat me with an iron bar,” Agheyere said. “They took barbed wire and tied my hands and my feet and threw me inside a car and took me back to prison.”

While the European Union has attempted to stem the flow of migrants entering Europe by using Libya as a buffer, its efforts have instead created an environment where imprisoned African migrants are being sold as slaves by traffickers. Zeid bin Ra’ad al-Hussein, the United Nations human rights chief, has described the migration policy as “inhumane.”