New Worries After Garment Factory Blast in Bangladesh - FreedomUnited.org
This website uses cookies to improve your experience. We'll assume you're ok with this, but you can opt-out if you wish.Accept Read More
Skip to content
Back to Global News 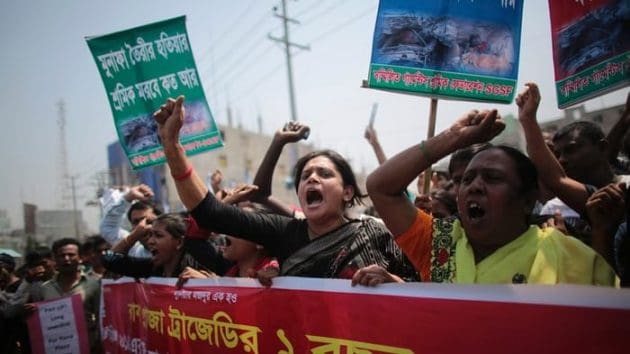 A deadly boiler explosion in Bangladesh killed 10 workers.  According to union leaders, it was just one in a string of tragic accidents that point to poor workplace safety.

The leaders called for stricter regulations after the 2013 Rana Plaza tragedy that killed more than 1,100 people, insisting on zero tolerance.

“There can be no negotiations on worker safety and no tolerance for such accidents,” said Amirul Haque Amin, president of the National Garment Workers Federation, seven of whose members were among the over 50 injured in the factory blast. After Rana Plaza, the coming together of various stakeholders has brought in better regulation in the industry but casualties in such accidents are still on the higher side.”

The most recent explosion occurred at a Bangladeshi business, Multifabs Limited, near the capital, Dhaka.  The company supplies knitted clothing to customers in Sweden, Denmark, Germany, Russia, Spain, Netherlands, and Britain.

The company said the plant was functioning well and the boiler, procured from Germany, had just been serviced. The factory had been shut for 10 days for the Eid period at the end of the Muslim holy month of Ramadan and was being readied to resume operations from Tuesday.

“The accident shows that process started after Rana Plaza is far from over and reforms need to be expedited,” said Amin.