New Roadmap for the Private Sector’s Fight Against Modern Slavery - FreedomUnited.org
This website uses cookies to improve your experience. We'll assume you're ok with this, but you can opt-out if you wish.Accept Read More
Skip to content
Back to Global News 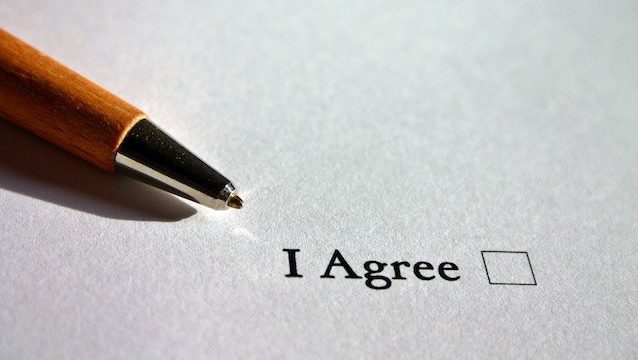 New Roadmap for the Private Sector’s Fight Against Modern Slavery

The “Business Pledge against Modern Slavery” — created by Hong Kong NGO the Mekong Club — looks to commit companies to addressing human trafficking and forced labor in their Asian supply chains.

So far 10 companies, including apparel giants Adidas, Clarks, and VF Corporation, have signed the pledge. But the promise goes much further than simply signing a paper.

Companies that sign onto Mekong Club’s business pledge agree to undergo a self-assessment covering various aspects of their antislavery efforts, from awareness raising to risk assessment, to capacity building and mentoring.

Within each category, companies have to share whether they are already active in certain areas, or what plans they have to cover them in the near future, and score points accordingly. Along the way, Mekong Club makes their experts available to help companies develop internal policies and practices.

“While doing this exercise, we also realized that some companies didn’t really know where to start,” said Mekong Club Program Director Silvia Mera.

She worked with one corporation, for example, that was investing most of its resources into factory audits. Another company, meanwhile, was far more focused on first training its auditors to detect potential cases of forced labor and trafficking.

“So the first company said, ‘oh … if we invest heavily in audits, but we haven’t given the auditors the tools to actually identify suspicious situations in production, we’re wasting our money.’”

Kyle Bogler, general compliance manager for VF in Asia, added that “The greatest part about the pledge in my opinion, is that [Mekong Club] understand[s] that we’re not perfect.”

“I wish I had a roadmap that told me how to completely get rid of forced labor in my supply chain. But there is no roadmap,” he said. “So it’s going to be through your failures and through your attempts that you start to make progress on this.”

Still, Mekong Club does provide a checklist for companies that corresponds to requirements of anti-slavery legislation in the UK and France. It has also developed a scoring mechanism for a company’s progress in completing the checklist, but these individual assessments are not going to be made public.

Instead, Mekong Club will publish an aggregate score in 2019 to show how the private sector’s progress on various indicators, including establishing a process to discuss modern slavery at board level and conducting audits to assess forced labor.

“The score is something that of course is important because we want to benchmark the industry, but mostly we want to sit down with you and offer advice,” said Mera.