Every 30 Minutes a Woman in Kyrgyzstan is Forced into Marriage - FreedomUnited.org
This website uses cookies to improve your experience. We'll assume you're ok with this, but you can opt-out if you wish.Accept Read More
Skip to content
Back to Global News 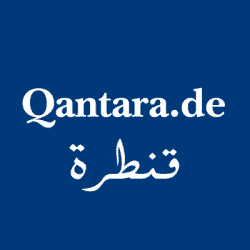 Every 30 Minutes a Woman in Kyrgyzstan is Forced into Marriage

Last year Deutsche Welle reported that every 30 minutes are woman in Kyrgyzstan is abducted — often in broad daylight — and forced into marriage with a man she hardly knows. It’s called “Ala kachuu” in Kyrgyz, which translates as “grab her and run.”

Yet one Kyrgyz woman, Svetlana Dzardanova, is fighting back against the practice through a new campaign called “Ala kachuu is no cool!” She came dangerously close to being abducted when she was a student in the Kyrgyz capital Bishkek, when several young men tried to kidnap her friend and roommate.

“On television, bride abduction seems far away from one’s personal fate. But when it happens in your immediate proximity, it changes how you think. It really got to me,” Svetlana said.

The paradox of “Ala kachuu” [is that] even the female family members of the kidnapper, who have often been forced into marriage themselves, become perpetrators during this patriarchal practice. It is their job to persuade the abducted woman in the kidnapper’s house to agree to the marriage.

The “bride” often hardly knows her kidnappers, if at all. She is detained and in some cases even raped.

A return to the parents’ house, on the other hand, becomes impossible after spending one night in the house of the unknown man. The social stigma would be too grave. Women therefore often do not contradict their fate.

Despite the fact that even in independent Kyrgyzstan forced marriage is an offence punishable by law, such deprivation of liberty rarely ends in criminal prosecution. A Kyrgyz proverb sums up this impotence: “A good marriage begins with tears”.

To deal with the problem, Svetlana decided she needed to educate children on the dangers of “ala kachuu.” She and some supporters organized a four-day training course for school children from the suburbs of Bishkek, where it came to light that many students knew kidnapping victims and even men involved in kidnappings personally.

By the end of the course, she said many male students decided that they did not want to be part of abductions and would even protect women at risk.

In addition to the workshop, Svetlana has also helped produce information brochures in Russian and Kyrgyz for boys and girls that have been distributed to more than 40 schools and seven cities across the country.

News of the campaign has even spread to neighboring Kazakhstan, where “ala kachuu” is also an issue. Svetlana says she’s proud of the progress that has been made so far and that she hopes that “this is just the first step for me in offering solutions to this societal issue.”