New England Patriots Owner Charged in Massage Parlor Sting - FreedomUnited.org
This website uses cookies to improve your experience. We'll assume you're ok with this, but you can opt-out if you wish.Accept Read More
Skip to content
Back to Global News 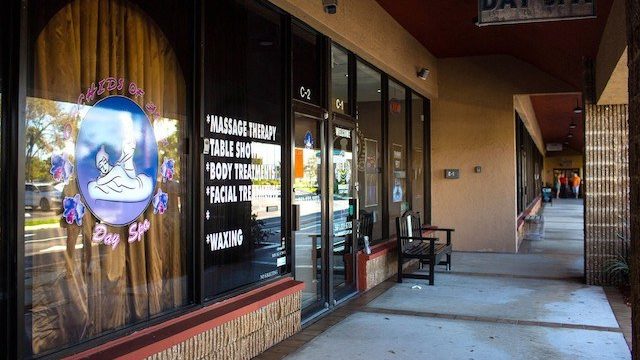 After a nearly eight-month investigation, authorities have filed criminal charges against several rich and high-profile men for soliciting sex from Chinese immigrant women in day spas in South Florida.

Police claim the Chinese immigrant women at the center of the case were brought to the US under false promises of a new life and legitimate spa jobs.

“I don’t believe they were told they were going to work in massage parlors seven days a week, having unprotected sex with up to 1,000 men a year,” said Sheriff William D. Snyder of Martin County.

At the same time, many observers of this case were left scratching their heads when Sheriff Snyder said at a press conference that these women “Had the ability, they could’ve walked out into the street and asked for help. But they didn’t.”

Sheriff Snyder said he believed at least some of the women were working to pay off debt owed for what it cost to bring them to the United States. In some cases, the women’s passports were taken away. Traffickers cycled women in and out of parlors every 10 or 20 days, Sheriff Snyder estimated.

Yet making a trafficking case remains difficult, in part because the women who were victims may not want to cooperate with the police.

Only one has been talking to deputies, Sheriff Snyder said. He had lined up about a dozen Mandarin interpreters, but many other women refused to speak and were let go with an offer of assistance.

“I would never consider them prostitutes — it was really a rescue operation,” the sheriff said, training his anger at the men whose demand for sex kept the massage parlors in business. “The monsters are the men,” he added.

Laura Cusack, a social worker in charge of the human trafficking prevention and education program at Place of Hope, an agency for foster children and trafficking victims in Boca Raton, explained why foreign victims of trafficking may fear authorities.

The tone from police in this case may also be a factor. Sheriff Snyder said that he could not understand why these women “go and allow themselves to be trafficked,” and many of the women in custody have been charged with “engaging in prostitution.”

Would he not help with their immigration status questioning if they were Hispanic ?