Nepali World Cup Workers 'Systematically Exploited' - FreedomUnited.org
This website uses cookies to improve your experience. We'll assume you're ok with this, but you can opt-out if you wish.Accept Read More
Skip to content
Back to Global News 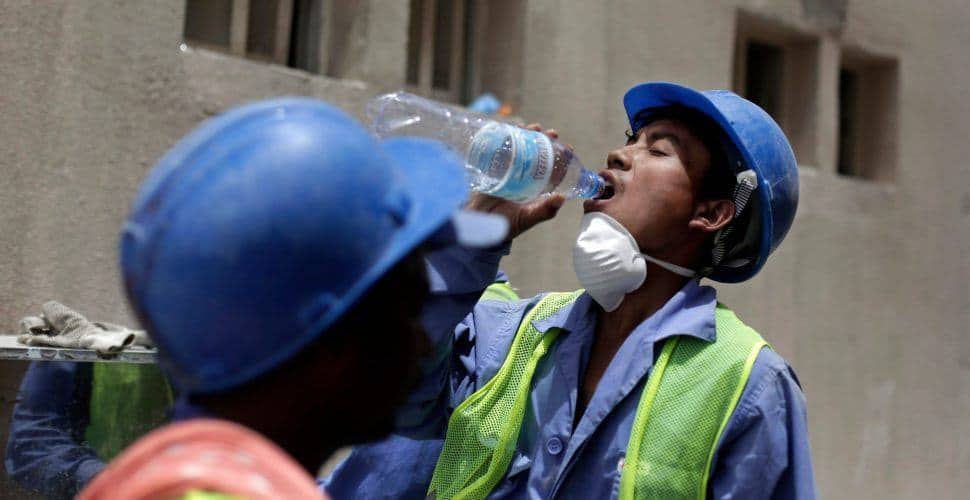 Amnesty International says that Nepali migrant workers constructing venues for the 2022 World Cup in Qatar are being ‘systematically’ exploited. A new survey by the human rights organization found that two-thirds of workers had paid excessive or illegal recruitment fees.

The phone survey of 414 Nepali migrant workers found 88% paid fees to agents for their jobs overseas. The fees were claimed to be so high that the majority had to borrow more than half the sum from village moneylenders, placing them in debt.

More than half of the workers surveyed – 53% – said they received lower monthly salaries than was promised to them by recruitment agents.

James Lynch, deputy director of Amnesty International’s Global Issues Program, explained that “Nepali migrant workers are being systematically and mercilessly set up. Forced to take out loans to pay the huge fees recruitment agencies charge them to work abroad, they are left so indebted they have no choice but to stay in jobs which often turn out to be low paid or dangerous.”

Lynch added that the Nepali government is also partly to blame for weak enforcement of the law which allows these recruitment agencies to take advantages of migrant workers.

Fifa has also come under intense pressure from workers and campaigners to address the exploitation of migrant workers, especially as it relates to the kafala system.