Myanmar's Downgrade Prompts Action - FreedomUnited.org
This website uses cookies to improve your experience. We'll assume you're ok with this, but you can opt-out if you wish.Accept Read More
Skip to content
Back to Global News 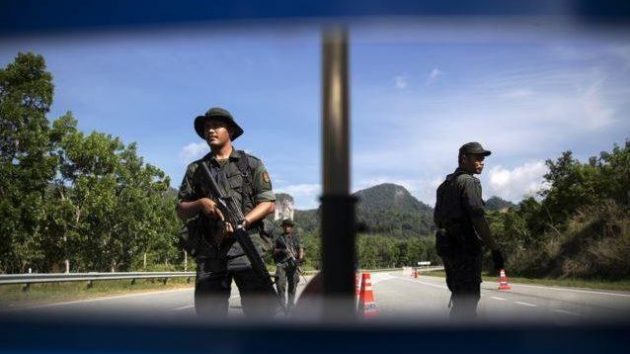 Myanmar’s downgrade.  It is fairly clear that Myanmar should ramp up efforts to combat trafficking since the United States’ rated them as one of the world’s worst countries for modern slavery. But it is not so clear how that might happen with the strength of Myanmar’s controlling military forces…

How can the new democratic government solve the problems while its commanders are allegedly responsible for specific trafficking violations such as recruiting child soldiers?

Some also questioned whether Myanmar’s downgrade to Tier 3 by the U.S. State Department’s report earlier this month was justified. “The U.S. needs to understand that the situation did not go down and we are still compliant with conditions of the Tier 2 Watch List,” said Zaw Htay, a spokesperson for the National League for Democracy (NLD) government.  Arguing that Myanmar was downgraded because it simply could not stay beyond the maximum of four years on the Tier 2 Watch List.  He added, “Our anti-human trafficking projects will be accelerated in the coming years. We are studying the report’s recommendations. So we are confident that we will be taken off the Tier 3 list.” He would not directly answer questions about whether the government would be more active in encouraging  the military to combat trafficking.

The U.S. placed Myanmar on Tier 3, meaning it did not meet the “minimum standards” to reduce trafficking and is “not making significant efforts to do so.” The move could lead to limitations on U.S. aid to the country. The downgrade is based on last year’s performance by the previous, army-backed civilian government, but it comes during the first months of the NLD government and puts pressure on both the new government and the military.

Photo:  Members of the General Operations Force control the checkpoint on the road near the area where the abandoned human trafficking camp was discovered in the jungle close to the Thailand border at Bukit Wang Burma in northern Malaysia May 28, 2015.