Myanmar Downgraded Again - FreedomUnited.org
This website uses cookies to improve your experience. We'll assume you're ok with this, but you can opt-out if you wish.Accept Read More
Skip to content
Back to Global News 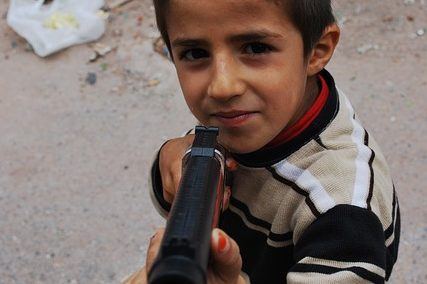 Myanmar downgraded again by the United States. It will be put it on the global list of worst offenders regarding human trafficking in order to push them to combat slavery by not using child soldiers or forced labor…

The reprimand of Myanmar comes despite U.S. efforts to court the strategically important country to help counteract China’s rise in the region and build a Southeast Asian bulwark against Beijing’s territorial assertiveness in the South China Sea. Myanmar’s demotion, part of the State Department’s closely watched annual Trafficking in Persons (TIP) report due to be released on Thursday, also appears intended to send a message of U.S. concern about continued widespread persecution of the Rohingya Muslim minority in the Buddhist-majority nation.

Myanmar’s new leader, Aung San Suu Kyi, has been criticized  for neglecting the issue of the Rohingyas since she began earlier this year. Washington is doing a balancing act regarding Myanmar, which was once a military dictatorship that is hopefully merging from decades of international isolation.

President Obama’s diplomatic opening to Myanmar has been perceived as a key foreign policy achievement during his final months in office.  Still...as he has eased some sanctions he has kept others in place to maintain leverage for further reforms.

At the same time, Washington wants to keep Myanmar from slipping back into China’s orbit at a time when U.S. officials are trying to forge a unified regional front. The U.S. decision to drop Myanmar to “Tier 3,” the lowest grade, putting it alongside countries like Iran, North Korea and Syria, was confirmed by a U.S. official in Washington and a Bangkok-based official from an international organization informed of the move. Another person familiar with the matter said: “I’m not going to turn you away from this conclusion.” All spoke on condition of anonymity. A Tier 3 rating can trigger sanctions limiting access to U.S. and international aid. But U.S. presidents frequently waive such action.

Myanmar was formerly known as Burma and was one of the most contested in this year’s report, with concerns that some assessments in last year’s human trafficking report were watered down for political purposes.

State Department spokesman John Kirby explained regarding Myanmar downgraded by the U.S., “We will not comment on the contents of this year’s report until after the report is released.”

To read the entire article about Myanmar downgraded by the U.S., click on the link below.