Stumbling Blocks for Authorities Trying to Help Victims - FreedomUnited.org
This website uses cookies to improve your experience. We'll assume you're ok with this, but you can opt-out if you wish.Accept Read More
Skip to content
Back to Global News 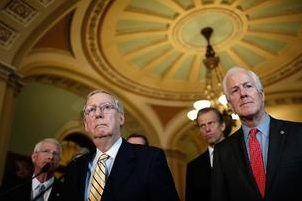 A year after Congress passed a law to combat human trafficking, there are a number of stumbling blocks. According to a government investigator, they include difficulty identifying trafficking cases, a shortage of services for victims, and the very victims themselves aren’t always willing to cooperate…

Senate Passes Human Trafficking Bill The Justice for Victims of Trafficking Act, sponsored Sen. John Cornyn, R-Texas, was signed into law on May 29, 2015. It, authorizes state and federal programs to prosecute human trafficking as well as to support and provide restitution to victims of trafficking.

According to the nonprofit National Human Trafficking Resource Center, more than 21,000 cases of human trafficking have occurred in the U.S. since 2008. Gretta Goodwin of the Government Accountability Office, the investigative arm of Congress, told the Senate Judiciary Committee that a May 2016 report by her agency found that the lack of victim cooperation is a huge hurdle in fully implementing the law.

Goodwin says, “Victims’ cooperation can be difficult Part of the reason is because the victims fear talking to the police officer and to the law enforcement official. But they also fear the retaliation of traffickers.”

The Justice Department as well as other agencies that work to prosecute human trafficking crimes are aiming at providing training and technical assistance for law enforcement officials, including judges, prosecutors and investigators, according to Jill Steinberg, national coordinator for child exploitation prevention and interdiction at the Justice Department.

She explained the agency has started all of the programs outlined in the 2015 law except for for one: a requirement that Justice put information and resources on its website.

Cornyn said the law mandated that the Domestic Trafficking Victims’ Fund be created, but that it is underfunded. Steinberg says that $31 million was expected to be raised from $5,000 fines levied on offenders, but so far only $102,000 has been raised. She also said that the long investigations that are generally required in human trafficking cases means there have not been many convictions in the past year and that the fund likely will increase over time.

To read more about these stumbling blocks, click on the link below.