Modern Slave Held Captive 26 years - FreedomUnited.org
This website uses cookies to improve your experience. We'll assume you're ok with this, but you can opt-out if you wish.Accept Read More
Skip to content
Back to Global News 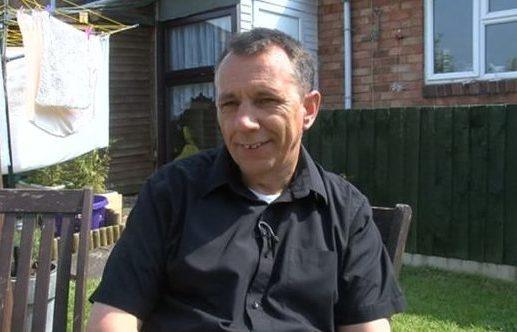 A modern slave, Michael Hughes, came to Wales in 1988 to find a job and to build a better life. He was soon sold, forced to work long hours, and live in a garden shed for more that two decades…

A jury has now found that he was a modern slave under the control of the Connors family in south Wales. They beat him, searched for him when he ran away, and forced him to work long hard hours.  BBC Wales spoke to Gwent Police, Ch Supt Paul Griffiths, to learn more about Hughes’ plight. “It was quite horrific what he had to go through. The victim suffered considerably through some of the intimidation, threats and violence – but he was emotionally broken and that’s what gave the criminals the controlling factor over him.”

Three years ago, the police launched Operation Imperial and began an investigation into “modern slavery” and trafficking, covering the region between Newport and Cardiff.

Ultimately, that led to the conviction of Patrick Joseph Connors, 59, and his relatives, Patrick Dean Connors, 39, and William Connors, 36 – all of Rumney – of requiring another person to perform forced or compulsory labour, on Tuesday. Patrick Joseph Connors’ son-in-law Lee Carbis, 34, of Trowbridge, was cleared of forced labour but found guilty of kidnap. The four were jailed for between two-and-a-half and 14 years.

The victim existed in “appalling conditions” in a shed, a garage, and a tin hut.  There was no heat or water available to him.   Griffiths added, “It’s incredible.  They [the criminals] just use the victims as commodities. Their sole purpose is to make money.  They have got total disregard for humanity.”

Hughes worked for the Connors’ tarmacking and building business, paid less than £10 a day or for tobacco and alcohol.

The question is:  How are such victims lured into servitude?  Griffiths explained: “They are extremely cunning – the criminals, in terms of trying to locate the areas where these people [potential victims] congregate. What  we found is that criminals from the travelling community hone in on trying to identify these individuals and draw them into an environment in which they actually find themselves trapped. [This victim] was in need of work and found himself in a situation where he was offered food, accommodation and work for payment. That started a journey with the criminals, which was quite ruinous to his life.”

Mr Hughes first worked for a time for a builder, then went to work for a family in Marshfield before being purchased by the Connors.

He was forced to work even when he had a broken leg.  Beatings happened often.

The only respite came when Mr Hughes was sent back to Scotland for unpaid fines and jailed. He said prison was “like a holiday camp” compared to his ordeal in Wales.

To read the entire article about this modern slave, click the link below.