Afghan Child Soldiers Too Young for War - FreedomUnited.org
Skip to content
Back to Global News 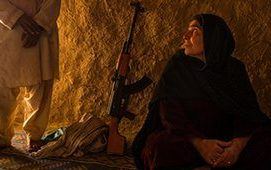 Firoza is a 54-year-old grandmother who has fought to keep the military from Sistani.  She took her two grandsons to enlist in the militia in order to avenge the death of their father.  He was killed in the Taliban…

She lost three of her six adult sons in that war and has now armed most of the males in her family.

Firoza fought for years to repel the militants from Sistani. That was, commanding a unit of the US-backed government militia called the Afghan Local Police (ALP). During the war, in which she lost three of her six adult sons, she armed most of her male family members, including two children.  The oldest grandson, Nabi, 18-years-old, says,  “The enemy killed my father, so I am also fighting.”  He is paid by the government. His younger brother, perhaps 14, is not paid. 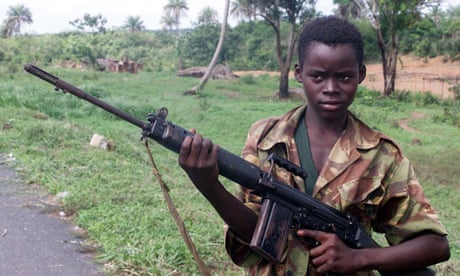 The UN verified 43 boys recruited to fight last year, more than double the number for 2014. Yet the real number is certainly much higher, given the limited access around the country. The government forces, including the ALP, receive much of their funding from international partners. The UK has committed £70m annually until at least next year. The US Defense Department alone funds the ALP with about $120m (£80m) a year.

Firoza assumed command of the ALP in Sistani when her husband was removed from duty several years ago. Once in charge, she asked the government for reinforcements. Turned down, she armed 40 members of her family, she says.

She says she has never been told not to use children.

The very youngest may not be armed and are not paid, but they help…like the six-year-old boy walking with a flashlight to keep soldiers awake.

Firoza accepts that the Afghan child soldiers are too young to be fighting in a war.  “But they fight to avenge their father. When they see other children with fathers, they become very sad and want to take revenge. Everybody wants a good life in peace. But when you’re on the frontline, do you stay silent? We’re compelled to fight.”

Click below to read the entire article about Afghan child soldiers.