MLB Commits $500,000 to Anti-Slavery Charities - FreedomUnited.org
This website uses cookies to improve your experience. We'll assume you're ok with this, but you can opt-out if you wish.Accept Read More
Skip to content
Back to Global News 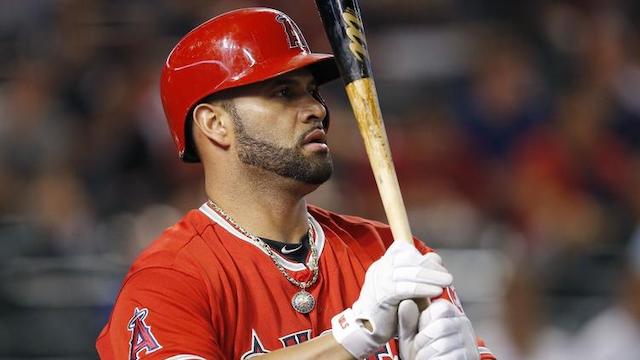 The move was inspired by one of baseball’s top players, Albert Pujols of the Angels, and the organization he founded with his wife two years ago called Strike Out Slavery.

“We thought very highly of the work they were doing,” said Melanie LeGrande, MLB vice president of social responsibility, “and we thought this was a topic we could have more of an impact on.”

When she first learned about the issue, in 2016, Deidre Pujols said she helped trafficking survivors learn culinary skills so they could join the work force.

“You have to see the value of affecting even one life,” she said. “I’ll never get tired of doing that.”

Strike Out Slavery is now in its third year, the number of ballpark concerts will grow to four this season (Angel Stadium, Nationals Park, Citi Field in New York and Kauffman Stadium in Kansas City), and the grant from the MLB and MLBPA should help spread the message.

Deidre Pujols said she would eventually like to see a concert in each of the 30 major league ballparks, and a player from every team serving as an ambassador for Strike Out Slavery.

MLBPA executive director Tony Clark explained that “By putting the power of players’ voices and the resources of the Major League Baseball community together to grow awareness and raise public consciousness around this important cause, I’m confident we can make a meaningful difference.”

Pujols isn’t the only major league player who cares about human trafficking. Just last week, Clayton Kershaw, of the Dodgers visited the Dominican Republic with his wife, Ellen, and International Justice Mission, an NGO dedicated to fighting human trafficking.