Why Migrants Risk Slavery to Reach Europe - FreedomUnited.org
This website uses cookies to improve your experience. We'll assume you're ok with this, but you can opt-out if you wish.Accept Read More
Skip to content
Back to Global News 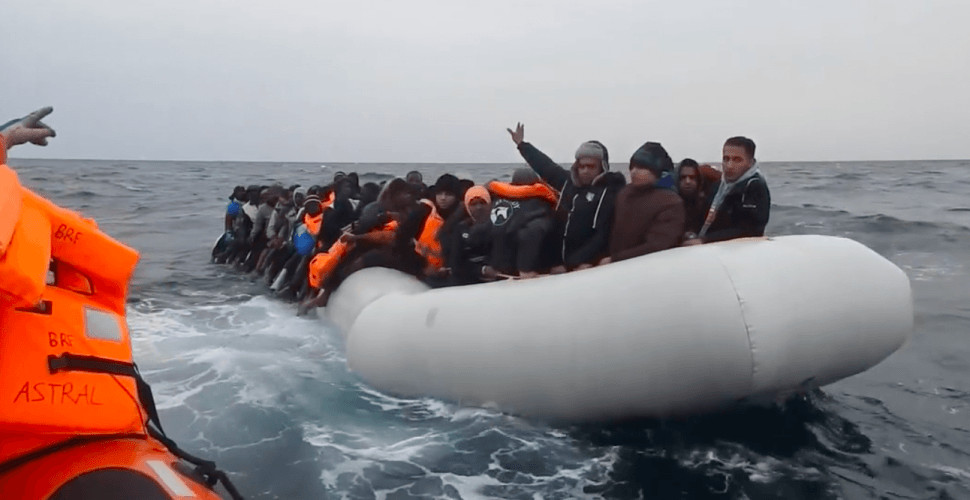 So far this year over 10,000 migrants have attempted to cross the Mediterranean to reach Europe. Yet many ask, especially with the news of Libya’s slave markets, who would risk being enslaved in order to reach the shores of Italy?

In December 2017, CNN had a chance to spend time aboard a migrant rescue boat operated by Spanish humanitarian organization Proactiva. The interviewees included Egyptian Christians, an ethnic Oromos man from Ethiopia, a Pakistani man, and a teenage girl from Ivory Coast.

Rimon and Genvieve are Egyptians who have lived in Libya for 20 years. They first tried to sail from Libya a few months earlier, but say they were picked up by the Libyan coast guard, and taken to what they were told was a health center.

They say they were able to leave after one day, “Because we are white and Arab people.” Genvieve added: “Black people stay.”

In Tripoli, they said all migrants risk being tortured and robbed, regardless of ethnicity. Each family member paid 3,000 dinars (roughly $2,250) for a place on a migrant smuggler’s boat. They were at sea for six hours before being rescued. They say they knew it would be dangerous, but they felt the risk was worth it.

A Nigerian man named Wisdom spent over four years in Libya, where he was captured and held for ransom. On his last attempt to reach Italy his boat was intercepted by the Libyan coastguard.

He says the coastguard beat him and other migrants before telling them that they must pay $2,000 to be released. Wisdom says those who didn’t have the money were detained, tortured, or passed on to criminal gangs.

Such stories are not uncommon. The UN Security Council has found the Libyan coast guard to be “directly involved in such grave human rights violations against migrants.”

The Libyan government denies the abuses, but in response to the international outcry over the country’s slave markets, Libya’s Ministry of Foreign Affairs established a committee to investigate the auctions of African migrants for forced labor.