Migrant Abuse is a Primary Business Risk - FreedomUnited.org
Skip to content
Back to Global News 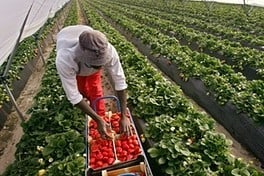 Migrant abuse is a primary risk for businesses.  However, a recent report indicates that companies may actually be unaware how their supply chains might include the abuse of human rights…

This article highlights that migrant abuse is not only illegal, it can ruin the reputation of global business. Recently, Thai seafood companies have been examples of just how widespread the issue has become. While many migrant workers may not be employed directly, the companies may be ignorant about what is happening in some of their supply chains.

Alexandra Channer, a human rights analyst for Verisk Maplecroft who helped with the report, says, “There’s a public assumption that companies are responsible for all the workers that contribute to the end product that they sell. Most companies haven’t mapped beyond their tier 1 [primary] suppliers, so they have this hidden deep part of their supply chain where they are vulnerable to serious human rights allegations that they might be totally unaware of.”  The very idea that these huge companies are making big profits from such practices is disturbing, but it is not a notion.

A stinging report from the International Trade Union Confederation (ITUC) recently estimated that the world’s 50 largest companies indirectly employ 116m “hidden” undocumented workers – equivalent to 94% of all the workers connected to their business. Under international norms such as the UN Guiding Principles on Business and Human Rights, companies are expected to undertake due diligence on their supply chains, says ITUC general secretary Sharan Burrow. Yet few do. “The evidence of increasing insecure work informality and forced labour is mounting. There is no moral compass for business that makes profit from exploitation. This must change,”

Sedex, experts in migrant abuse in supply chains, distributes 38,000 self-assessment questionnaires in order to evaluate human rights risks.
To read the entire article, click on the link below.