Why Measuring Modern Slavery is Crucial to Fighting It - FreedomUnited.org
Skip to content
Back to Global News 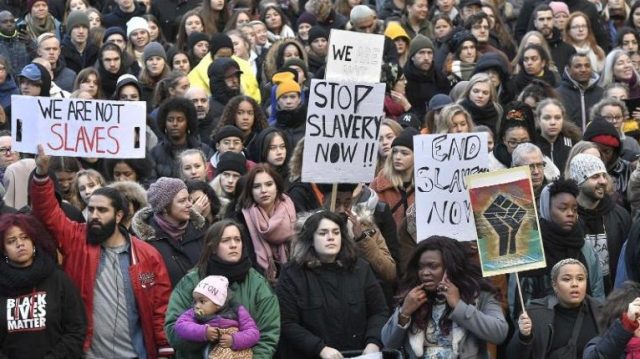 Why Measuring Modern Slavery is Crucial to Fighting It

According to research by the Walk Free Foundation and the International Labour Organization, in 2016 there were 40.3 million people living in modern slavery around the world. The report, “The Global Estimates of Modern Slavery” gave governments around the world a baseline of the problem. And some are taking action.

In an opinion piece for CNN, Grace Forrest and Davina Durgana from the Walk Free Foundation explain how Canada is once such nation taking steps to address modern slavery:

A country like Canada showing leadership on this issue is something to be celebrated and marks a major development in the international debate.

It is in line with the research partners’ call for global cooperation between governments, organizations and the business community to tackle modern slavery across sectors and borders. A crime this large and far-reaching requires a transnational and cross-sector response.

Despite human trafficking and forced labor generating huge amounts of illegal profits, it is often invisible and in many societies affects those who are marginalized or vulnerable.

Included within the research are statistics on forced marriage, a problem faced by 15 million people globally. More than one third of these victims were children at the time of marriage, and almost child victims were girls.

As Durgana and Forrest note, “The Global Estimates provides governments with clear visibility of a problem that has long been overlooked. Ignorance is no longer an excuse.”