Mass Ceremonies Trap Underage Children in Marriage - FreedomUnited.org
This website uses cookies to improve your experience. We'll assume you're ok with this, but you can opt-out if you wish.Accept Read More
Skip to content
Back to Global News 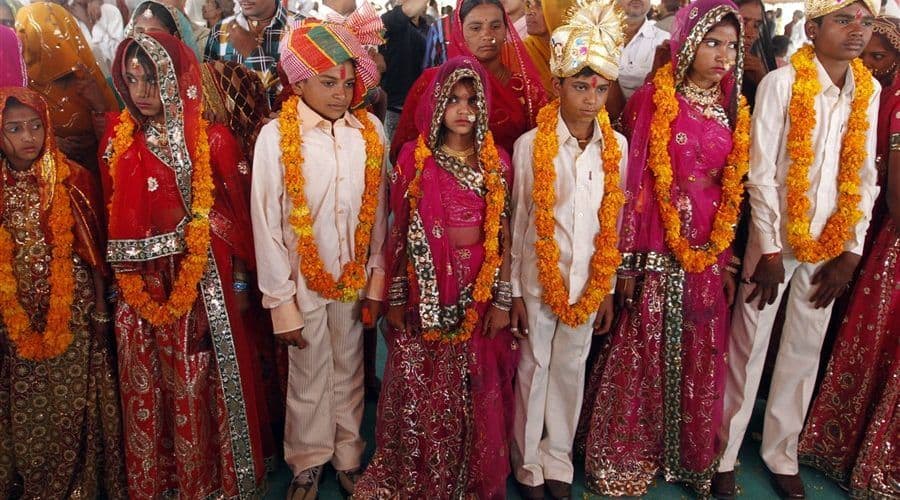 Early this year at a mass marriage ceremony in the Kalaburagi district of North Karnataka, 100 couples married, and age certificates of 75 were issued by a health officer some days earlier.  However, when the District Child Welfare Committee (CWC) arrived at the mass wedding after being tipped off, they discovered that 35 of the girls were minors.

In another similar ceremony in Chittapur, it was found that 10 girls among the 80 couples participating did not have proof of age, because an officer issued certificates hasty at the request of parents although he was not authorized to do so.

Mass marriages such as these continue to be places where underage children end up in wedlock unnoticed. Although age certificates are to be issued only by the district surgeon or resident medical officer of a district hospital, on the basis of radiology tests, the rule is being flagrantly violated in mass marriages.

The State Health Department recently distributed a circular to doctors to compulsorily conduct radiology tests before certifying the age of a person. This guideline has existed for a long time, but it is often breached.

According to Tumakuru district surgeon T.A. Veerabhadraiah, radiology tests only give the approximate age. “There is always an approximation of two to five years.”

According to the National Family Health Survey data, although the percentage of child marriages in Karnataka has come down from 41.2 in 2005-2006 to 23.2 in 2015-2016, mass marriages continue to be an area of big concern.