Lonely Refugees in Britain Matched with Friends - FreedomUnited.org
This website uses cookies to improve your experience. We'll assume you're ok with this, but you can opt-out if you wish.Accept Read More
Skip to content
Back to Global News 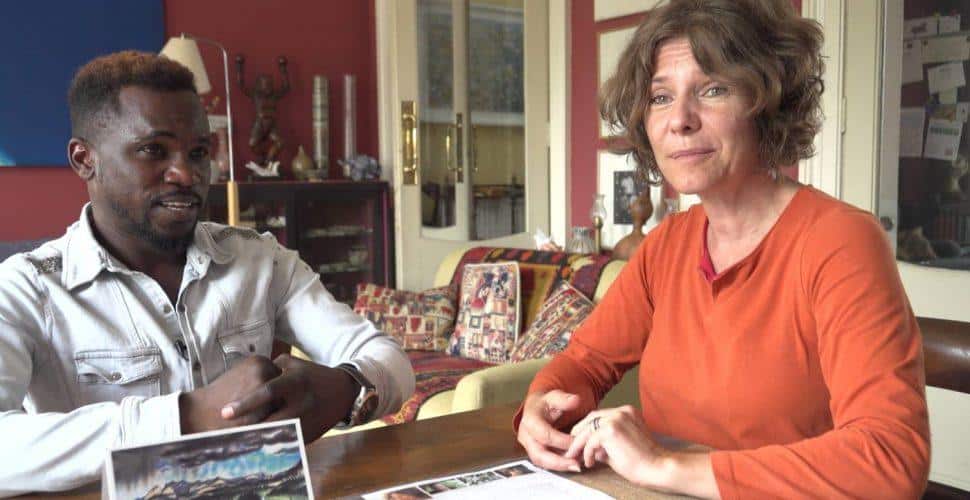 When a Sudanese refugee named Abu Haron arrived in England in 2010, the teenager found himself at a police station surrounded by people speaking a strange language.  He arrived there after clinging to the underside of a school bus from Calais in northern France, and he was only 16, alone, and unable to speak English.

Abu was terrified that authorities would deport him back to the Sudan’s Darfur region where war had broken out.  Now 23, he recalls, “I felt scared and lonely and lost because I was just sitting there waiting for an interview. I didn’t know anything about English. People (were) passing around me and speaking. I didn’t know what was going on, what they were saying.”

Haron felt he had no one to rely on after he arrived in the big city of London. He was used to his small village in Darfur.  Then he received a letter from a British woman named Anneke Elwes, who invited him to accompany her on a walk in Hampstead Health Park. She learned of him through a service managed by Freedom from Torture.

As the mother of two sons who are of a similar age to Haron, 55-year-old Elwes said the young man quickly became part of the family, even celebrating Christmas for the first time with a traditional lunch and an egg-and-spoon race a few years ago.

Haron recalls, “All the family they welcomed me like their son, and I’m glad I have a mum in England. So many of the migrants they don’t have this chance.” He calls her his UK mum.  “When you have someone in your life, who even just speaks to you on the phone, it gives you confidence. You’re not alone. It’s a big difference,” he said.