Maryland Among Worst States for Sex Trafficking Survivors - FreedomUnited.org
This website uses cookies to improve your experience. We'll assume you're ok with this, but you can opt-out if you wish.Accept Read More
Skip to content
Back to Global News 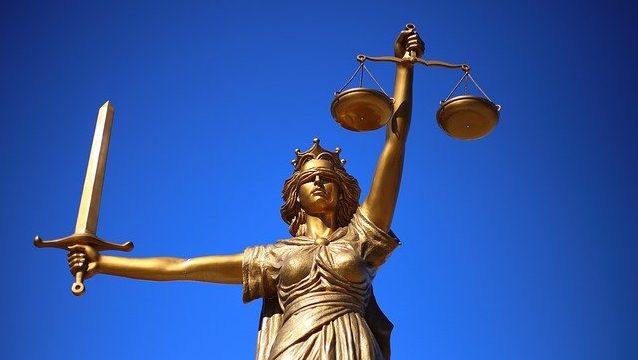 Donna Bruce was teaching a beauty class in Baltimore when one of her students blindsided her.

In front of the entire class, “The student said I was a crackhead who has prostitution on her record out loud in front of everybody,” recalled Bruce. “It was the most humiliating thing.”

In fact, Bruce had been trafficked for sexual exploitation by her own mother when she was a teenager, selling her own daughter to men in exchange for drugs. For years this abuse continued, and Bruce racked up a number of criminal charges on her record: prostitution, drug possession, theft, indecent exposure.

Yet more than 20 years later, that criminal record haunts her and other survivors of sex trafficking across Maryland. The state ranks among the worst in the United States for criminal records relief for victims of trafficking.

Maryland is among the worst in the nation when it comes to criminal records relief for sex-trafficking survivors, according to a new study. One of its authors is Jessica Emerson, director of the Human Trafficking Prevention Project at the University of Baltimore School of Law.

Out of 40 states and the District with some sex-trafficking statutes for adult survivors, Maryland ranks dead last. The other 10 states were not ranked because they either had no criminal records relief laws for sex-trafficking survivors or only laws for minor victims.

The study comes as Maryland’s General Assembly considers a bill that would make it easier for survivors to have their criminal records cleared; Bruce has testified in support.

Maryland ranks so poorly primarily because it fails to offer relief from a range of convictions obtained as a result of trafficking, and because it has a relatively difficult process for removing convictions, including prior approval from the State’s Attorney’s office.

Back in 2011, Maryland looked like it could be a leader in helping trafficking victims clear their criminal records as the legislature passed law allowing them to have prostitution charges cleared.

Yet this didn’t go far enough for many victims who were forced to commit crimes while they were trafficked; removing only prostitution charges was not worth the effort for victims like Bruce.

“It can be re-traumatizing to go through the justice system, so why put yourself out there if it’s not going to help with all the other convictions?” Emerson asked.

Still, there may be hope on the horizon.

Maryland’s General Assembly is currently considering the “True Freedom Act of 2019,” sponsored by Del. Vanessa E. Atterbeary (D-Howard) and Sen. Susan C. Lee (D-Montgomery), which would allow courts to remove certain convictions like drug possession and misdemeanor theft if they were crimes committed under coercion by their trafficker.

It would also make the process of removing convictions easier by allowing a victim to petition to remove convictions without the approval of the State’s Attorney.