Under Trump, Visas for Trafficking Victims Hit 7-Year Low - FreedomUnited.org
This website uses cookies to improve your experience. We'll assume you're ok with this, but you can opt-out if you wish.Accept Read More
Skip to content
Back to Global News 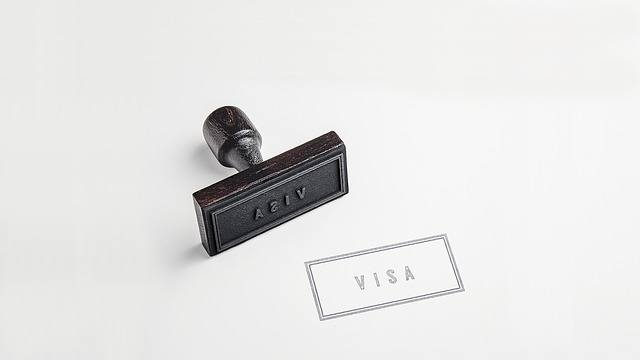 As part of National Slavery and Human Trafficking Prevention Month President Trump announced that his administration would use “every resource we have to confront this threat.”

Yet despite this promise, trafficking victims and survivors are being intimidated and deported in unprecedented ways.

Since 2003, foreign-born victims of human trafficking in the United States have been eligible to apply for humanitarian visas allowing them to remain and work in the US. In the past ten years, around two-thirds of applications have been approved, often in conjunction with victims agreeing to testify against their traffickers.

However, as the Washington Post reports, the Trump administration has slashed visa support for victims:

In [Trump’s] first full year in office, the approval rate for those trafficking victim visas was cut in half, to about 35 percent. More applicants were denied visas than in any year since 2003, when the program was established, and the number of visas approved, 580, was the lowest in seven years.

To justify his border wall, Mr. Trump is fond is conjuring the specter of sex trafficking victims brought over the southern border. “Women are tied up, they’re bound, duct tape put around their faces,” he said — a garish but apparently imaginary scenario that people who work with trafficking victims say they have never encountered. (In fact, many or most victims enter the country legally, with tourist or work visas.)

“The administration appears to view trafficking as a convenient tool to justify its border policies, rather than as a human tragedy to be seriously addressed,” said Martina Vandenberg, head of the Human Trafficking Pro Bono Legal Center, which does advocacy work.

Late last year the Trump administration announced that those who have their humanitarian visa application denied may now be subject to deportation proceedings in immigration court. This marked a major shift in previous policy, which did not require humanitarian visa applicants to appear for deportation hearings in an effort to encourage victims to seek assistance from authorities.

Lawyers for human trafficking victims have also said their clients are now subject to hefty fees that used to be waived by the government.

With the threat of deportation looming should their humanitarian visa be rejected, the “likely effect is to compound the trauma many victims have suffered, forcing them further into the shadows while impeding the very prosecutions the administration boasts it has undertaken against traffickers,” writes the Editorial Board of the Washington Post.