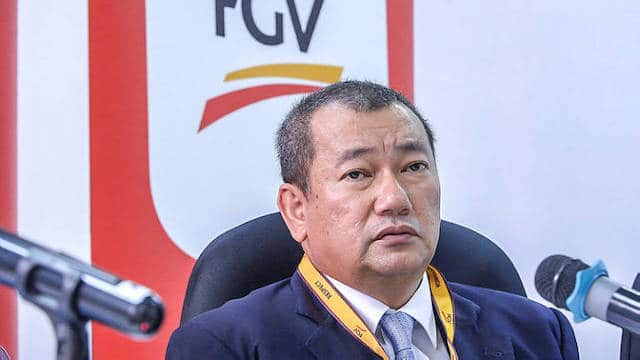 The company announced that it is freezing all recruitment of new workers done through external contractors until it could be sure that contractors comply with FGV’s internal policies, guidelines, and standard operating procedures. They also promised to revamp worker benefits.

“FGV will also revise with immediate effect, the benefits enjoyed by its plantation workers and will absorb the costs of basic necessities, including food supplies given to its workers,” said Chairman and Interim Chief Executive Officer Datuk Wira Azhar Abdul Hamid.

“The welfare of all our employees is of paramount importance to FGV and to me personally.”

He was responding to findings by the Complaints Panel (CP) of the Roundtable on Sustainable Palm Oil (RSPO) that showed FGV needed to improve its recruitment and employment processes.

He also said that to avoid displacing existing workers who were already contracted to FGV through third parties, the company pledged to negotiate with relevant stakeholders to directly employ these workers where possible and these negotiations would involve their current employers and the Malaysian government.

“It would be in the best interest of our foreign contract workers if they are able to come under our payroll. However, FGV is cognisant of the legal and procedural hurdles but we will nevertheless endeavour to do our best,“ Azhar added.

FGV accepted the RSPO complaint that the company’s foreign workers — which make up the overwhelming majority of palm oil plantation workers — were being recruited by external contractors.

“As has been rightly stated by the RSPO CP, such practices are illegal and FGV takes a very serious view of this finding,” noted Azhar.

On top of this, FGV is promising major worker welfare reforms, saying it will review” all communication materials and training programmes for workers, especially with regard to their terms of employment, whistle-blower protection and health & safety procedures. FGV will also engage an independent third party to train workers on its human rights policy.”

When I see it, I’ll believe it. This is nothing more than lip service.