Malawi Chief Annulling Child Marriages - FreedomUnited.org
This website uses cookies to improve your experience. We'll assume you're ok with this, but you can opt-out if you wish.Accept Read More
Skip to content
Back to Global News 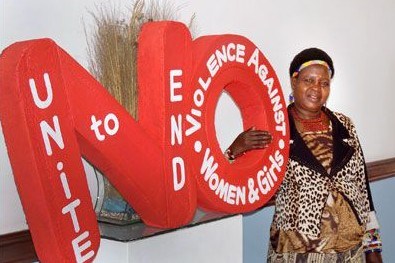 Malawi has one of the highest child marriage rates on the globe, but Chief Theresa Kachindamoto has terminated 330 of them and sent those children back to school…

She said, “I have terminated 330 marriages, yes, of which 175 were girl-wives and 155 were boy-fathers. I wanted them to go back to school and that has worked.”  Backlash from her efforts came fast.  She was told that she did not have the right to overturn tradition.  In many villages custom supersedes the law. Kachindamoto continues to ignore the death threats.

She has paid the children’s school fees herself, or found people to sponsor one of the children.  Poverty is one main cause of the issue. Parents encourage their children to marry so that they have fewer children at home to feed.

She makes sure the children stay in school through a network of “secret mothers and fathers” who monitor villages.“We have now set our own laws to govern everybody within my area when it comes to marriages and will leave no sacred cow,” she said. Before Kachindamoto became leader of over 900,000 people in the Dedza district near Lake Malawi, she worked as a secretary at a college in a neighboring district. After 27 years, the elders summoned her home to become chief—despite being the youngest of 12 siblings, they decided she was best suited because she was “good with people,” Kachindamoto told Al Jazeera.

She was dismayed that girls, sometimes only 12 years old, were marrying boys who were teenagers and managing a household with babies on their hips.  Because 3/4 of those marriages were encouraged by parents and village chiefs, she insisted the chiefs annul the marriages, and she suspended them until they  complied.