Libya's Slave Markets: 'Don't Hold Your Breath' - FreedomUnited.org
This website uses cookies to improve your experience. We'll assume you're ok with this, but you can opt-out if you wish.Accept Read More
Skip to content
Back to Global News 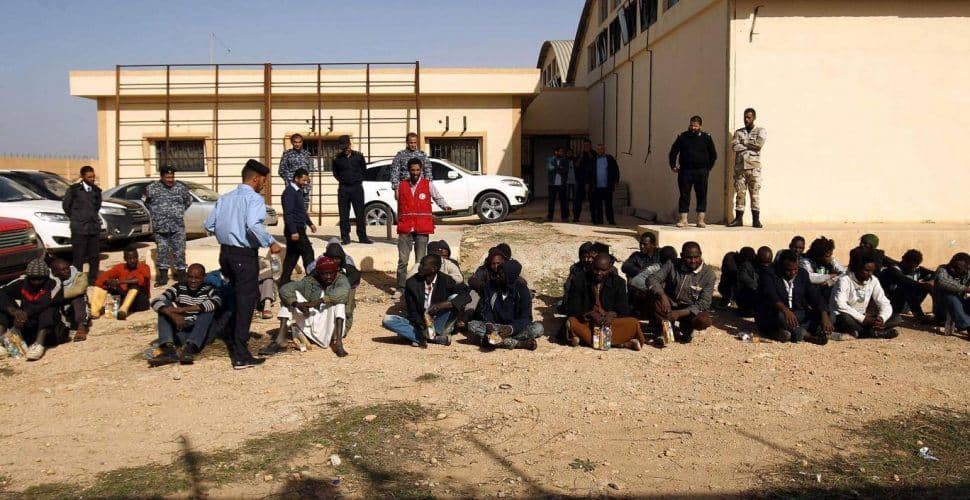 The world has woken up to the reality of Libyan slave markets, where African migrant men are sold off for forced labor to the highest bidder. But for many prospective migrants, they still believe that they will be one of the lucky ones.

The CNN video that exposed the slave markets has shocked the world and rightfully prompted outrage. In it, an auctioneer shouts, “Does anybody need a digger? This is a digger, a big strong man, he’ll dig. What am I bid, what am I bid?” before selling off two men for $400.

The UN is now deliberating if charges for crimes against humanity can be brought against the perpetrators. “It is now clear that slavery is an outrageous reality in Libya. The auctions are reminiscent of one of the darkest chapters in human history, when millions of Africans were uprooted, enslaved, trafficked and auctioned to the highest bidder,” read a statement from UN human rights experts.

Still, as The Independent reports, many prospective African migrants are still hopeful that they will escape abuses if they choose to migrate:

Perversely, at this point, the people who know the least about the perils that await migrants from Nigeria, Chad, Sudan and Niger when they finally arrive in Libya are the migrants themselves.

Several activists on the ground in Libya who The Independent spoke to said that slavery, ransoms and detentions of African migrants are not new. And yet, more and more people arrive every day, determined to believe that a better life awaits them elsewhere.

“I’ve never met an African in Libya who knew what could happen to him during his journey to Libya,” Misrata-based journalist Mohamed Lagha told The Independent.

Analysts believe that the slave trade popped up in Libya since the Italian government started paying Libyan militant groups and smugglers to stem the flow of migrants from north Africa to Europe. The solution to this problem is complicated; despite the potential dangers that await in Libya, the benefits still outweigh the risks for migrants. “Until life at home is attractive, and escaping poverty is possible, thousands more Africans will journey across the continent to Libya,” notes The Independent.

As Human Rights Watch researcher Hanan Salah commented, “People are rightfully outraged, but don’t hold your breath that anything real is going to happen.”

The world must stand against Lybians no matter their status. I will never, never see a Lybian as a human being from now.

It’s not like every Lybian is into this kind of practice. It is mostly done by rebel groups (aka terrorists). The same rebel groups that got their power after NATO destroyed Lybia. A lot of Lybians are slaves themselves now.