Libya Asks Italy to Help with Trafficking in Libyan Waters - FreedomUnited.org
This website uses cookies to improve your experience. We'll assume you're ok with this, but you can opt-out if you wish.Accept Read More
Skip to content
Back to Global News 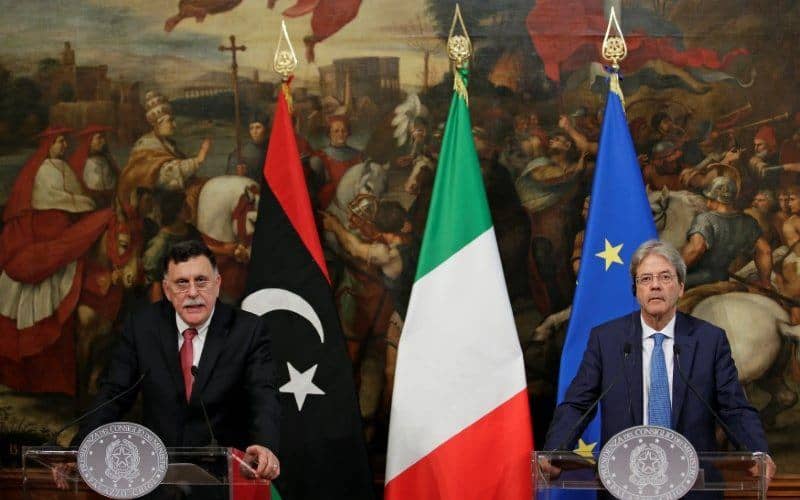 Libya Asks Italy to Help with Trafficking in Libyan Waters

Libya’s Prime Minister, Paolo Gentiloni, said that his government recently asked Italy to assist in the fight against human trafficking by sending naval support to his country’s territorial waters.

Gentiloni spoke after meeting Libyan Prime Minister Fayez al-Seraj, who came to Rome a day after agreeing to a conditional ceasefire and possible elections next year with the divided country’s eastern commander, Khalifa Haftar.  “A few days ago, President Seraj sent me a letter in which he asked the Italian government for technical support by our naval vessels in the common effort to fight human traffickers.”

He added that it is necessary and “would be carried out in Libyan waters by ships sent from Italy”.

Human trafficking and people smugglers are operating with impunity in Libya and have victimized hundreds of thousands of migrants by sending them to Italy on boats since 2014.