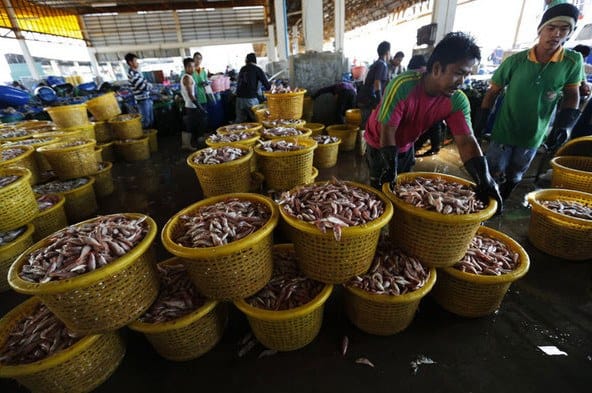 0
A legal loophole is about to close.  President Obama may soon sign a prohibition of all goods made by forced or child labor. This will do away with a gap that allowed such tainted goods to enter our country for years.  When slave labor was discovered in the labor seafood industry, our U.S. Congress moved toward strengthening the power of customs.

Such a ban would be far-reaching.  After the vote, Obama intends to sign it into law, possibly as early as next week. The public has become more aware of modern-day slavery that effects over 20 million worldwide.

The ban, which is an amendment to the trade bill, ends an exemption in the Tariff Act of 1930 that allows goods made by convict, forced, or indentured labor to be imported if consumer demand cannot be met without them. The loophole has provided legal cover for a wide range of imports with dubious origins, from cocoa harvested by children in Africa to clothes sewn by abused women in Southeast Asia.

Sen. Ron Wyden is an Oregon Democrat and sponsor of the bill: “Without any question, it is morally wrong for the perpetrators of slave or child labor to have any place in the American economy.  So the old system that leaves the door open to child or slave labor if it’s used to make a product that isn’t made here in the US – that system absolutely must end, and it will.”

After the legal loophole is closed, Customs and Border Protection will have much more power to stopped those goods at the ports of entry.  Ninety percent of the seafood eaten in America is imported.  This makes it a challenge to prove that those containers of fish were not caught or cleaned by slaves.

Jesse Eaves, is director of policy and government relations for Humanity United, an advocacy group says, “Closing the loophole is a good first step, but federal agencies need to bring their capacity up to the level at which global supply chains operate.”