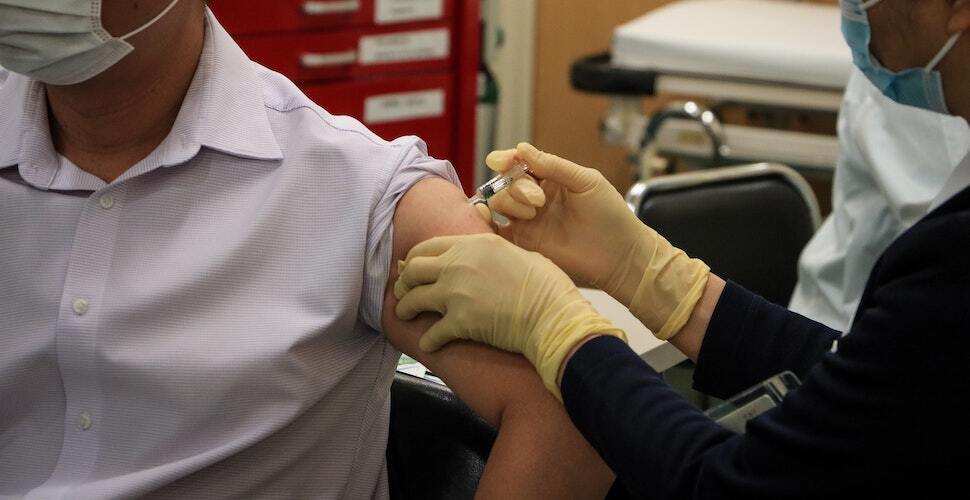 Migrants and refugees in Lebanon, including many survivors of modern slavery, are at risk of being left behind by the government’s COVID-19 vaccination plans, according to Human Rights Watch.

The organization interviewed numerous refugees, migrant workers, UN staff, and aid workers as part of an investigation that has uncovered wide disparities in the country’s vaccine rollout.

Non-Lebanese people form 30 percent of Lebanon’s population, yet represent only 2.86 of those vaccinated and 5.36 percent of those registered for vaccination.

This is particularly concerning considering the COVID-19 death rate for these groups; among Palestinian and Syrian refugees, for example, it is three and four times higher than the national average, respectively.

While supply shortages and slow, uneven implementation are a major factor in these disparities, the vaccination of Lebanon’s migrants and refugees is also hampered by low trust in government and a severe lack of information.

Interviewed migrant workers—many of whom work in exploitative conditions under the kafala sponsorship system—reported little to no knowledge about the vaccine, or did not trust the authorities to treat the equitably.

Meanwhile, many refugees were completely unaware of their eligibility and feared that registering could lead to their arrest and deportation—particularly among Syrian refugees, 80 percent of whom are not legal residents.

None of the Syrian refugees that Human Rights Watch interviewed had registered through the online platform… Even when told that they were eligible to register and receive the vaccine free, nearly all expressed fears regarding the consequences of registering with a government-led application that could lead to arrest, detention, or deportation for lacking legal residency. Several had heard rumors that registering for the vaccine was somehow linked to a government plan to send them back to Syria.

While refugees from Palestine have a different residency status and do not face the same movement restrictions as those from Syria, they have long faced discrimination and exclusion from social services such as healthcare, making dissemination of information crucial.

“Nobody has come to explain anything to us. It is not like the beginning of pandemic when people came to explain [about the coronavirus] to us… Even I didn’t trust the vaccine and it was only when I knew someone who received the vaccine overseas that I changed my mind… There is no awareness-raising – instead rumors are spreading on WhatsApp. Nothing has been explained properly. It is essential that the positive side of the vaccine is explained so people understand”.

Lebanon’s vaccination program, which is financed by the World Bank, was initially praised for including all those living on its territory, regardless of immigration status.

But with some politicians making side deals to secure vaccines for their constituents, and others exposed for getting secretly vaccinated in parliament, trust in the government and its promises—already at historic low levels—has plummeted.

The Health Ministry has also contradicted Labor Minister Lamia Yammine’s assertion that all migrant workers are eligible, declaring it does not have enough funds to vaccinate non-Lebanese workers.

The World Bank, the World Health Organization, and other UN bodies are urging the government to clarify its messaging, ensure access to information, and restore trust in its authority as part of a broader effort to fulfill its inclusive vaccine promises.

Freedom United has been campaigning since early in the pandemic for governments to ensure all modern slavery survivors, regardless of immigration status, have access to healthcare.

Stand with Lebanon’s migrants and refugees and add your name today.