Lebanon’s Labor Minister Calls Kafala System Modern Slavery
This website uses cookies to improve your experience. We'll assume you're ok with this, but you can opt-out if you wish.Accept Read More
Skip to content
Back to Global News 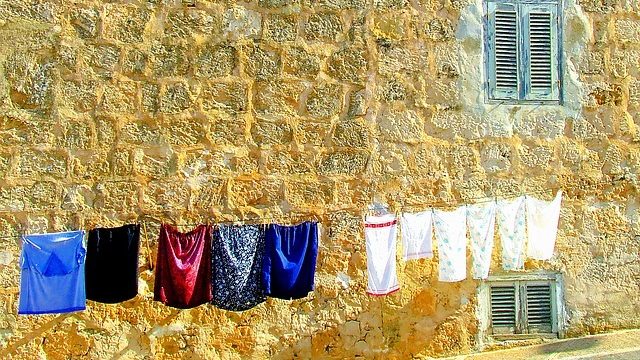 For decades, migrant domestic workers in Lebanon have suffered chronic abuses — non-payment of wages, violence, and reports of being locked inside their employer’s home, unable to alert anyone to their suffering.

And for decades, we’ve known the root cause of the problem: the country’s infamous kafala system, a sponsorship scheme that ties the legal residency of migrant domestic workers to their employers. Running away from an abusive employer means a domestic worker can be arrested and deported.

But now Lebanon has a new labor minister, Camille Abousleiman, who is vowing to overhaul the system. But will he be able to follow through on his promises?

“[Kafala] needs to change. It’s not an acceptable system for the 21st century,” said Abousleiman.

“It’s a form of modern slavery, in its extreme. There are two things: what the rules are, and the application. Today, for instance, it is forbidden to withhold someone’s passport, but it’s being done. So it’s not the system, it’s more in the application of the system,” he adds.

In his first few months in charge, he has asked the most active NGOs working on the issue to form a committee and give “practical recommendations” on what should change. He is working on plans to set up a 24/7 hotline for migrant domestic workers to report abuse (a hotline already exists, but rarely works). He is also planning to tackle rule-breaking recruitment agencies, which often ignore reports of abuse or are responsible for it themselves.

“I will have some resistance but I don’t care, I want to do the right thing. They need to be educated about the rights of their workers,” he says.

“We are encouraged by the recent comments from the Ministry of Labour on the rights of migrant domestic workers, and hope that this translates directly in policy and on-the-ground change,” said a representative.

“I don’t think I will come up with 100% of what the NGOs want, because there are other constituencies that I have to consult. But my priority is the safety and wellbeing of the employee. Priorities have to change,” he said.

“As I understand the kafala system, the main aspect of it is that there is a dependency on the employers’ goodwill, and consent to change job. This we need to break, we need to change the approach. I have to give some weight to the fact that most employers are not rich people, and they have spent money, so I cannot come up with a system that penalises completely somebody who paid $4,000 [£3,100] to hire a domestic worker,” he said.

The holding of employees’ passports should not only be illegal, but the whole system needs active and successful oversight, so that laws and regulations are enforced. These employers can — and should— be held accountable for their actions, as should the recruitment and placement agencies.