Large Chains Sell Shrimp Peeled by Slaves - FreedomUnited.org
This website uses cookies to improve your experience. We'll assume you're ok with this, but you can opt-out if you wish.Accept Read More
Skip to content
Back to Global News 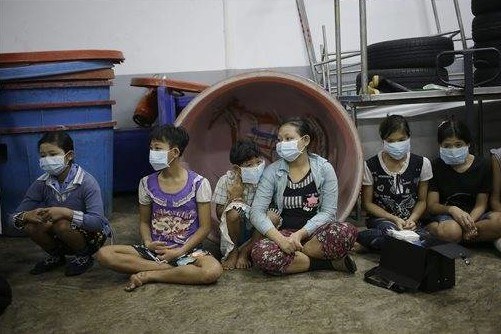 In the fishing industry, people are often sold to factories where boatloads of shrimp are peeled by slaves. Ultimately, this product ends up on the shelves or dining tables of big chains like Walmart or Red Lobster…

Victims work long arduous hours under the watchful eyes of their Thai bosses who threaten them.  They are paid little if anything. These Burmese migrants often have children who are too small to even reach the pealing worktables toiling alongside them.  The names of the slaves were never used; only numbers.  Thailand has become one of biggest providers of shrimp in the world.  It is rare to have traffickers there arrested and prosecuted.