The Truth about Canned Italian Tomatoes - FreedomUnited.org
This website uses cookies to improve your experience. We'll assume you're ok with this, but you can opt-out if you wish.Accept Read More
Skip to content
Back to Global News 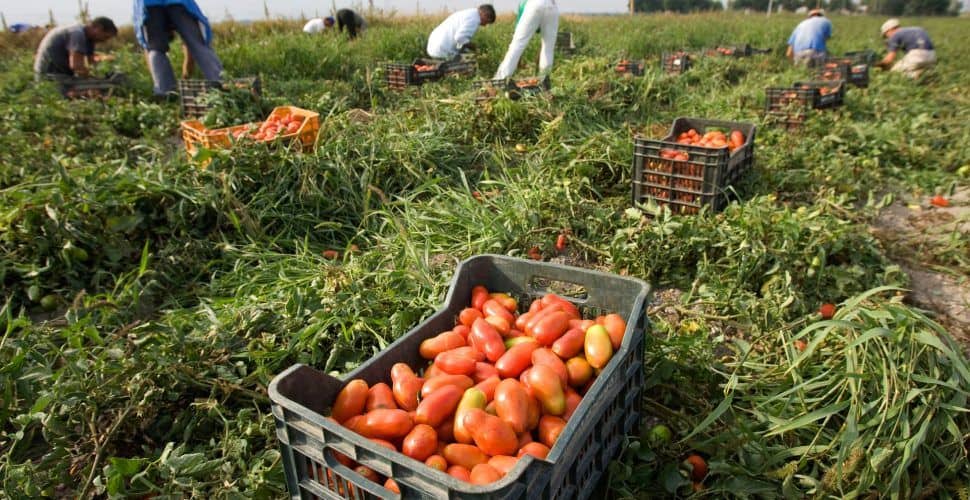 The Truth about Canned Italian Tomatoes

It has been discovered that canned tomatoes sold by two giant food producers in the UK have been harvested in Italy under conditions ‘of absolute exploitation.’ Italian prosecutor, Paola Guglielmi, identified Mutti and Conserve Italia as the two companies who sold the tainted products. The Guardian explains that the investigation began following the death of a seasonal worker:

“The case began with the death of Abdullah Muhammed, a 47-year-old legal Sudanese immigrant and father of two, who suffered a heart attack while working in the fields of Nardó, which sits on the heel of southern Italy, in July 2015. The allegation against his employer was that Muhammed’s life could have been saved if he had been allowed to go to hospital.”

Muhammed’s day was much like thousands of other workers — up at 4am and handpicking tomatoes in intense heat until 5pm, seven days per week, with no breaks, at minimal wage, and with no provisions for medical care. Many migrants end up working for a gangmaster under the “caporalato” system in the Italian agricultural sector where workers are organized into informal labor groups and hired by Italian landowners to harvest their crops.

Guglielmi said, “The person responsible for the crime by law was just the gangmaster. But in this case there was also manslaughter. That guy would not have died if there had been a doctor’s visit. The violation of the safety provisions on the job was flagrant.”

Conserve Italia noted in a statement that it expects its suppliers to adhere to its ethical code of respecting workers, but that it was not directly responsible:

“We know in the south of Italy there are some situations that are not in line but we can’t do the work – it’s not our responsibility to verify what happens in the region but we do ask our suppliers to respect human rights. We don’t pay less than the normal price.”

The company has since cut ties with the abusive supplier and plans to sue for brand reputation damages.

Activists say that despite campaigning efforts which brought about a law outlawing the caporalato system last year, enforcement is still weak. Valeria Sallustio, former president of the NGO Finis Terrae, said that “The interests of these fields are linked with the interests of the politicians and people who own the most important companies in Italy.”

Not under capitalism in which wageslavery is inherent.

So very sad that the world is such a greedy
place when it could be a gentler kinder place.

Big companies fear the public scandal because it could minor benefits. Its the only reason why they finaly react like Conserve Italia. The situation of the workers don’t import them really…