ISIS Child Soldiers: Victims or Terrorists? - FreedomUnited.org
This website uses cookies to improve your experience. We'll assume you're ok with this, but you can opt-out if you wish.Accept Read More
Skip to content
Back to Global News 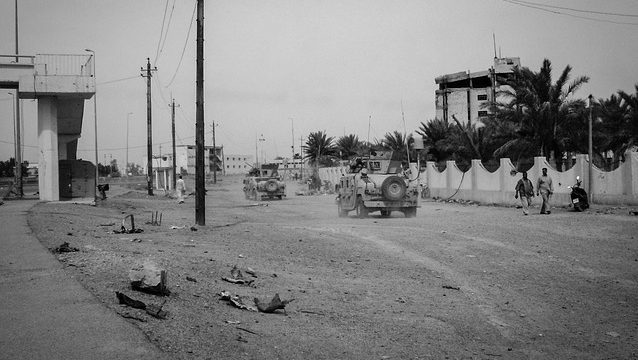 He was just a 14-year-old boy when the Islamic State of Iraq and al-Sham (ISIS) took over his city in Mosul, Iraq. With his school shutting down, he joined ISIS to make money. After twenty days of training, he became a cook for ISIS, receiving $50 a month.

Yet after Kurdish forces stormed northern Iraq in 2016, the boy was captured, detained, and interrogated. Last year, a Kurdish court convicted him of terrorism.

With the rise of violent extremist groups like ISIS, al Qaeda, al-Shabab, and Boko Haram, many countries are taking aggressive counterterrorism measures, including prosecuting children. The UN has documented a a five-fold increase in the number of children detained in the context of armed conflict since 2012.

But this raises important questions: should child soldiers linked to these groups be treated as victims or terrorists? Should they be offered rehabilitation or put in jail?

In “traditional” armed conflicts, child soldiers are seen primarily as victims who need rehabilitation assistance and help reintegrating into society. But in a conflict with a so-called terrorist group, children are prosecuted as criminals and sentenced to prison as terrorists.

If the boy from Mosul had been part of an armed group in Colombia, the Democratic Republic of the Congo, or any number of other conflict countries around the world, he might be back in school or getting vocational training.

In the past twenty years, tens of thousands of former child soldiers have benefited from rehabilitation programs designed to help them rejoin society. These programs recognize that recruiting children for armed conflict is a violation of international law and that the primary violators of the law are the adult recruiters, not the children.

When it comes to ISIS, however, children who have been involved with the group in any capacity are increasingly being treated as criminals and charged with terrorism. The situation is particularly dire in Iraq, where the government of Iraq and the Kurdistan Regional Government (KRG) are currently detaining an estimated 1,500 children for alleged ISIS involvement.

Becker says from interviews with child soldiers their reasons for joining ISIS are varied. Some were recruited by force, while others joined to earn money, gain status, to escape family problems, or because they were influenced by friends or relatives.

“The only reason we joined is because we were young and didn’t think,” said a 17-year old boy. “We were just kids.”

Some child soldiers have committed terrible crimes during armed conflicts, and they can be tried under international law accordingly. But in Becker’s opinion, prosecuting all children affiliated with ISIS — like the 14-year-old boy who worked as a cook — is not justice.

“Whether a child soldier gets sent to prison or rehabilitation should not be based on labels or a matter of chance,” concludes Becker.

“The recruitment of children by armed groups is always illegal. Prosecutions should focus on the recruiters, not the children. What the children need is help rebuilding their lives.”

As a child who cooks for the dreadful Isis soldiers, he should recieve counselling and be sent to an area where he can go back to school.

The young kids who fought with ISIS may have been child soldiers, but many were undoubtedly terrorists and committed crimes against humanity. Many joined willingly and others were compelled to join ISIS forces.

Obviously every case has to be considered on the specific evidence at hand.

Justice has to occur, but any penal detention these young people undergo must be based on true rehabilitation.

Prison invariably makes prisoners sicker; don’t lock up these children, but give them–and all the perps–psychoanalysis, NLP, re-birthing, whatever works best for each one.

THANK BUSH JR for CREATING ISIS!!!! Everyone here criticises Trump for being an idiot, but no-one criticises Bush Jr’s devious plan to destabilise the Middle East!