Is Thailand Ignoring Slavery in the Shrimp Industry? - FreedomUnited.org
This website uses cookies to improve your experience. We'll assume you're ok with this, but you can opt-out if you wish.Accept Read More
Skip to content
Back to Global News 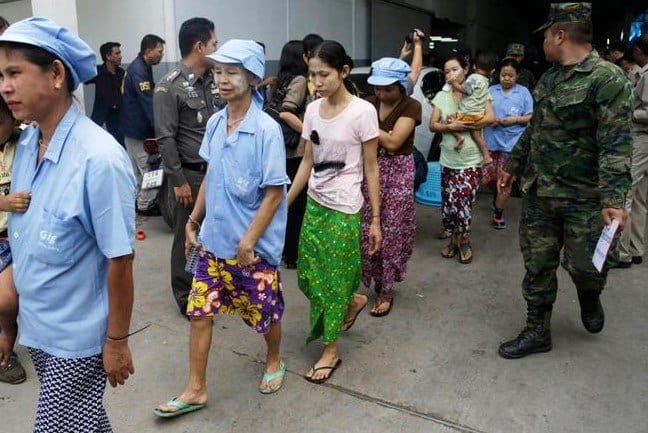 Is Thailand Ignoring Slavery in the Shrimp Industry?

Is Thailand ignoring slavery in the Shrimp Industry?  This article reports that Thailand claims it isn’t turning its back on the issue of forced labor in its shrimp business.  An Associated Press investigation exposed the illegal slavery, and the report was met with global reactions from food companies that purchase the shrimp in America, Europe, and Australia…

Sansern Kaewkamnerd, a government spokesperson, the government was already aware of slavery in the industry before the AP report was released Dec. 14.  “The report said that government officials ignore (this matter) … This is not the truth. Authorities found it first.” Often workers are forced to pay back money the company gave the agents who brought them in the first place; this is a form of debt bondage.  Some are actually locked up and not allowed to leave.

Paul Colford, vice president of AP, said, “We stand firmly behind our reporters’ coverage, which has been scrupulous, thorough and fair. Their stories exposing the enslavement of workers in the Southeast Asian fishing industry have been a source of great pride throughout The Associated Press.”